How Microwaving Food is Hazardous to our Health and Beauty (!) 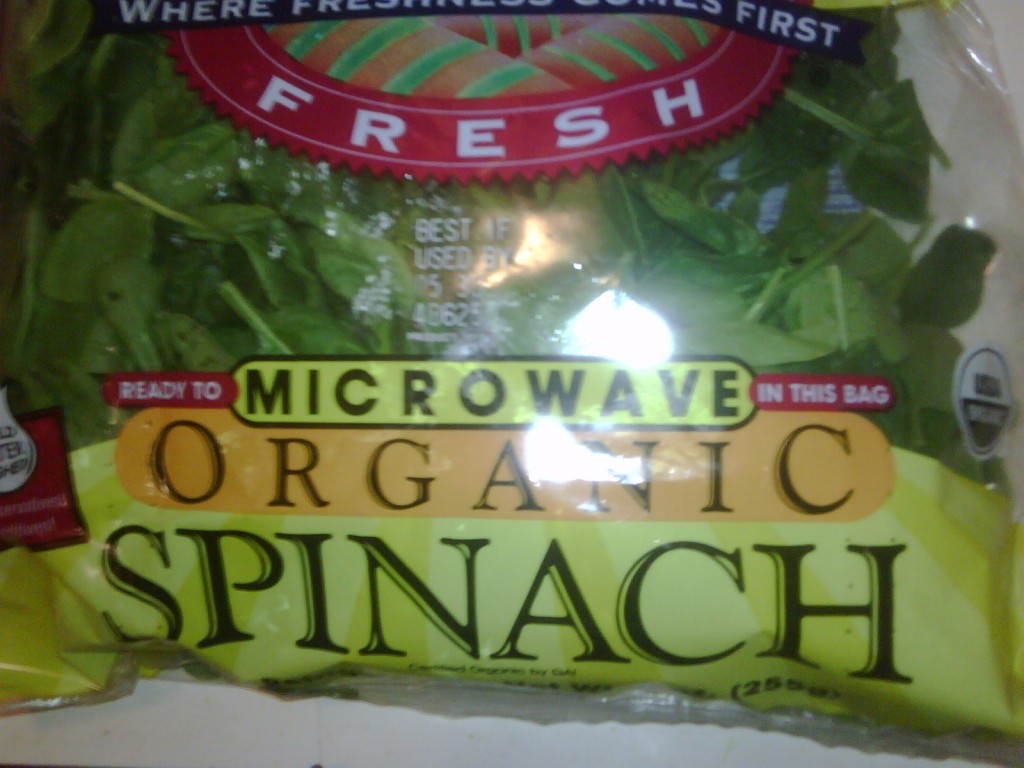 I wanted to talk about microwaved foods today. Those of you that follow me on Twitter might have seen my Tweet (I still can’t believe that this word is part of our daily vocabulary now!) about seeing packaged, organic spinach that was labeled “microwavable.” It was just the most ironic label and it horrified me so much that I felt compelled to write about it…

First off, what is interesting is that after over 20 years of research, the Russians banned microwave ovens back in 1976, making a strong argument for possible biological and environmental damage and against their safety.

I am really concerned that microwaves may destroy all the nutrition in our food. When I started getting into health years ago I threw out my microwave, and I personally haven’t used one once in literally years. There has been surprisingly little research on how microwaves affect organic molecules, or how the human body responds to consuming microwaved food. The few that there have been do suggest that microwaving food destroys nutritional value.

I’m not just talking about regular cooking through a stove or an oven, which yes, does destroys enzymes and can denature certain nutrients. Microwaves add another element, the “microwave” effect, which is different on a molecular level than regular cooking. How do microwaves work anyway? Microwaves are on the low end of the spectrum of electromagnetic radiation. Microwaves cause dielectric heating, which means they spin around very rapidly inside your oven in such an electric field at high frequencies, and the molecular friction eventually causes the water to turn to steam and that heats up the food. But this can also change the food’s chemical structure.

When we microwave foods, structures of the water molecules are ripped apart and deformed. When we use an oven to heat food, heat is transferred convectionally from the outside and moves inward. Microwave cooking begins within the molecules where water is present.

Studies and reports indicate that microwave ovens can cause carcinogenic toxins to leach out of your plastic and paper containers/covers, and into your food. The January/February 1990 issue of Nutrition Action Newsletter reported the leakage of numerous toxic chemicals from the packaging of common microwavable foods, including pizzas, chips and popcorn. Chemicals included polyethylene terpthalate (PET), benzene, toluene, and xylene. When we microwave fatty foods in plastic containers it can further release dioxins, which are known carcinogens, and other toxins into your food. This has resulted in warnings to new mothers about NOT using the microwave to heat up baby bottles (!!!). If you know of any mothers that microwave baby bottles, you should share this with them (!). I saw a first-time mother unknowingly microwave her baby’s bottle  a little while ago at a friend’s house, and when I (very gently and non-judgmentally) told her about some of the risks, she was shocked and said she would not do it anymore.

But back to the food itself. There are some good studies to show the effect of microwaving on food, but I’ll mention just two of them: A study published in the November 2003 issue of The Journal of the Science of Food and Agriculture found that broccoli “zapped” in the microwave with a little water lost up to 97 percent of its beneficial antioxidants. What a ripoff!! If that is the case, we might as well eat cardboard then waste our money on organic food that we won’t get nutrition from anyway!

Also, there was a study conducted by Swiss food scientists Hans Hertel and Dr. Bernard Blanc of the Swiss Federal Institute of Technology and the University Institute for Biochemistry back in the 1990s. It revealed that microwaves changed the nutrients in food, and adversely affected the human body and blood, including the following ways: Increased cholesterol levels, increased numbers of leukocytes (white blood cells), which can suggest poisoning, decreased numbers of red blood cells.

Lastly, the FDA maintains that small amounts of radiation leakage through the viewing glass of microwave ovens are “insignificant” and “well below the level known to harm people.” Ha! They also say that about cell phones. Check out my blog on how to minimize radiation damage from cell phones HERE. However, according to Powerwatch, a non-profit independent organization with a central role in the microwave radiation debate (“Microwave oven and microwave cooking overview,” Powerwatch):

Huh??? There is a chance that the microwave can produce levels of radiation in your kitchen higher than a CELL PHONE BASE STATION?? Have you run to throw out your microwave yet??

Don’t worry, you won’t miss it as much as you think. Plan ahead, and think of thawing frozen items out the night before of that morning for dinner. Use a toaster oven in place where you might heat things up. Sure it may take a little longer, but it is well worth it to avoid potential health risks to us and our loved ones!! Of course, it would be awesome if we all just ate more raw food in general- like huge salads- and avoided having to zap and heat things up all the time anyway!

For more info., and where some of this info came from and more reference studies, check out:

Take care and be well – bring some zen into your kitchen with my truffle recipe.