Bloated on Gluten? The Healthy Alternatives to Bread You Haven’t Tried 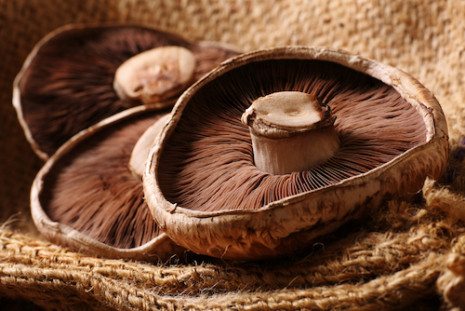 If you’re struggling with bloating and nothing seems to be doing the trick, gluten may be the problem. Before you let your jaw drop too far to the ground and think, “I can never go without bread!” rest assured that there are several healthy alternatives to bread.

You won’t even miss it very much, especially when you see how much better you feel when you’re gluten-free.

Why Gluten May Be the Culprit Behind Your Bloated Belly

Going gluten-free seems like the trendy thing to do lately where diet is concerned, but there’s a good reason for it. You don’t have to suffer from celiac disease to be affected by gluten, and you could have a sensitivity or intolerance without even realizing it.

An estimated 18 million people in the United States suffer from gluten sensitivity, but since there’s no good test you can have to find out if you’re one of them, the best thing to try is an elimination diet.

Wheat (because of the gluten that comes with it), is one of the most highly allergenic foods in the United States, most likely due to overexposure over years of eating those “healthy” wheat products and gluten-containing processed foods (seriously, gluten’s in so many of those!).

It’s also been linked to bloat-causing irritable bowel syndrome as well as autism, and schizophrenia, and other diseases. Other side effects that stem from gluten sensitivity include fatigue, foggy mind, and headaches. Allergies and IBS can both cause bloating.

Keep in mind, gluten isn’t restricted to wheat bread. The protein is also found in rye and barley. To find out more about non-celiac gluten sensitivity, visit Celiac.org.

When you’re trying to replace bread in your diet, there are two things you’ll have to take into consideration: taste and function.

Make a wrap with romaine lettuce. It doesn’t have a very strong flavor, so it won’t overpower what’s inside. Stuff it with alkaline grains, more vegetables, or a meat mixture like the one from the Raw Taco Mexican Salad, along with the avocado and other veggies.

Have you ever had raw collards? A lot of people think they’re only meant to be eaten after they’ve been cooked for a while, but they’re so good raw!

Our recipe for the Raw Taco Gorilla Wraps is a favorite. Collards have a stronger (slightly bitter) flavor than romaine and they’re sturdier, so they may travel better if you’re thinking of lunches to take with you to work.

If you’re putting something like quinoa inside, the heat and moisture will make them even easier to wrap up.

Yep, seaweed! Nori’s not just for sushi, and it makes a fantastic wrap option that’s loaded with minerals and won’t make you feel heavy and bloated (which is more than you can say for the average wheat tortilla!). If you thinly cut cucumbers lengthwise (using a mandolin helps tremendously, but it’s possible with a knife), you can wrap them around sprouts, julienned vegetables, scallions, and even nut mixtures.

For the nut mixture, we recommend macadamia or pine nuts pulsed with a little sesame oil and sea salt in a food processor.

Spread a sauce (try almond butter, a little ginger, a little maple syrup, and tamari for something simple), onto the cucumber slices before assembling the other veggies and rolling them up.

These may not travel well, so save this recipe for snacks and meals at home or take the components with you separately and then assemble the meal later.

These are some of the heartier of the bread replacement options, and they’re so filling. Roast the caps in the oven for a few minutes until they’re lightly browned, then use them as hamburger buns.

Load them up with veggies—tomatoes, lettuce, onions, avocado, whatever you’d like—and enjoy.

Another use for portobello mushrooms is the personal pizza. Roast them in the oven on 375 for a few minutes just as you would for the “burgers” above. Then take them out of the oven, put your sauce and other toppings on, and put them back in the oven for a few more minutes.

Hummus is often paired up with crackers or bread, but you can always replace those with sliced cucumbers, peppers, tomatoes, celery…the list goes on.

You may be able to ask for some raw vegetables on the side if you’re dining out with family or friends and they want to share a hummus appetizer. If you’re not a mushroom fan, you can make a pizza crust from cauliflower and an herb mixture. The process is a little more involved, but if you have the time, you can make yourself a delicious gluten-free version of a popular comfort food. Here’s what you need:

You won’t be able to scoop this up and eat it like a regular slice of pizza (you’ll need a fork), but it will be just as tasty!

There are so many healthy alternatives to bread out there, and each one brings its own interesting twist to a dish.

Some are as simple as using leaves as wraps, while others take a little more prep work and even some oven time.

Going gluten-free for one or two days may not be long enough to notice results, but you may notice a remarkable difference if you can wait it out for a few weeks. As with any detox plan, sometimes it takes a little while to see what a new way of eating is really doing for your body.

You may feel better in a day or two, but stick it out even if you don’t notice any immediate benefits.