Avengers Assemble for the GGS Avengers fever is upon us! Smashing the previous opening weekend box office record with $207 million . The movie is already an enormous hit!

Though I admit I’m not a huge movie-goer, I do happen to be and work on film sets all the time (so I see films being made waaaaay more than going to the theater), and this one is close to my heart. I was on set with the moving Avengers set train across the country, which shot in Albuquerque (remember those NM blogs and videos?), Cleveland and NY. 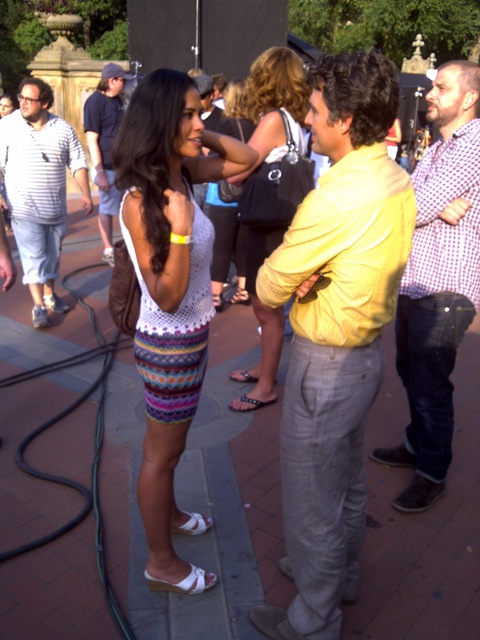 To say it was a blast to work on the Avengers set would be a huge understatement! The actors are absolute sweethearts, which is saying a lot considering the incredibly heavy costumes they had to wear and extremely long days and shooting schedule, which included a lot of all-night shoots.

Many of the actors are on the Beauty Detox program and incorporate Glowing Green Smoothies into their diet, including Mark Ruffalo, Chris Hemsworth and Tom Hiddleston. “Cap” Chris Evans became a Rainforest Acai Smoothie fan (with chia seeds). The guys’ superhero and villain costumes were really tight, impeding digestion and making it uncomfortable to eat foods for long stretches of time, so the GGS and all the different smoothies were really important. 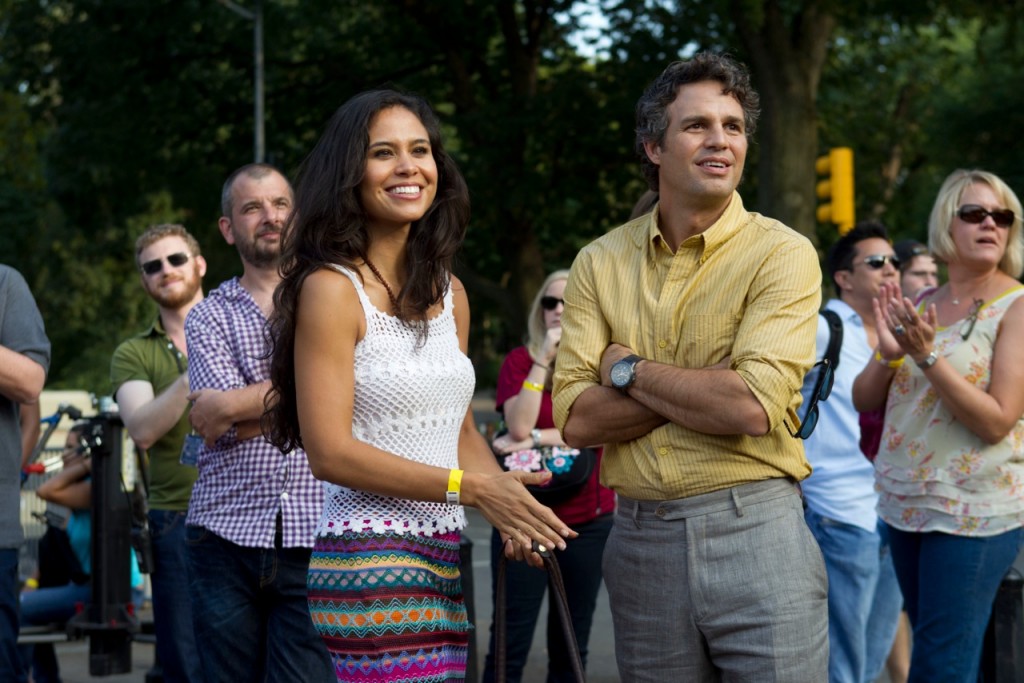 There goes another awesome stunt to watch. No shortage of those! Especially in Cleveland, where most of the pyrotechnic stunts, explosions, and wired stunts were shot. I made changes like getting the guys off Gatorade and making sure they hydrated with coconut water instead.

We had a bunch of super fun dinner parties that I hosted as well! On Saturday, in the midst of the opening weekend extravaganza, Tom “Loki” Hiddleston posted this on Twitter, along with his picture of his GGS next to the action figure made in his own likeness: 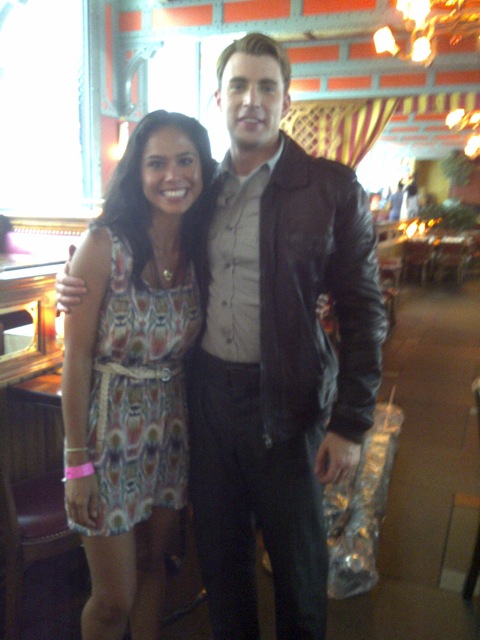 Chris “Captain America” Evans had never heard of chia seeds before, but he knew all about them by the end of the film.

Big fan of all these guys! Robert “Ironman” and Jeremy “Hawkeye” are also very nice. If you haven’t seen the movie yet, be sure to catch it this week or weekend.