How to Avoid Catching this Killer Sickness 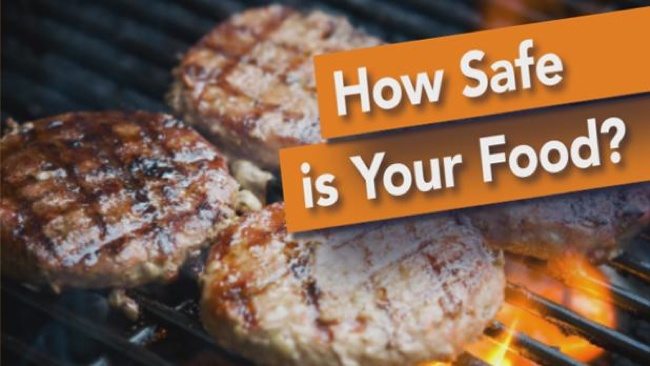 Every few months, food poisoning makes the news. In 2011, a listeria outbreak related to cantaloupe has killed at least 28 people around the country. In 2006, tainted spinach sickened at least 276 consumers and killed three because it contained E. coli O157:H7. Then there was the extremely widespread Jack in the Box E. coli outbreak in 1993, which started in Washington state and spread, ultimately sickening 700 people in four states and killing four.

It’s scary enough to make you want to stop eating altogether. But don’t worry, you don’t have to fast forever or eat in fear. Here is some information and guidelines to help you keep on eating happily and safely:

Food poisoning is intense stuff. People operate under the assumption the food supply is safe. However, it’s important to consciously minimize risks. There are multiple types of food poisoning:

Botulism produces spores that can be deadly when consumed. The spores most commonly occur in improperly preserved canned foods, cured pork and ham, honey, corn syrup, and smoked or raw fish. Botulism poisoning symptoms typically occur between 8 and 36 hours after consumption, and include:

Best ways to avoid botulism: Use care with home canned vegetables. If you are a home canner, use only sterilized materials and a commercial home canner, following instructions closely. Throw away any jars that are not tightly sealed or appear “off” in any way. In commercially canned products, avoid swollen cans, those with dents, or cans that have any black material inside. Consume canned goods before the printed expiration date.

Of course, the best way to avoid it is to avoid eating canned food altogether. Eating a fresh, plant-based diet of organic foods that are in-season and local is another good way to avoid this type of food poisoning. When I was traveling in Nepal I did a safari in Chitwan National Park atop a sweet elephant. We spent hours together every day, and he showed me the jungle safely (even though he would run and growl and get a little scary when there were rhinos around). At the end of the safari, his master let me get into the river with him and give him a bath. I was having the time of my life- rubbing his ears, walking on his bare back, and every few seconds he would look over his shoulder at me and wiggle his butt and knock me off into the river. Then I would grab onto his tail or somehow climb back on! Over and over. He was so careful not to step on me (which would have crushed my foot of course) and he really was the sweetest elephant. The experience was very much like playing with a puppy dog.

Anyways, the reason I mention this here is on one of the times my elephant knocked me into the river, I was laughing so hard that I swallowed a huge mouthful of water. I tried to choke it up, but I knew what it meant: trouble. Sure enough, within about 3 days later I was as sick as I think I’ve ever been in my life. I had to go back to Kathmandu and was in a health clinic for a little while while I got over the incredible nausea, sickness and abdominal pains. I was sort of delirious for a while. So anyways…yes, I’ve definitely experienced really bad traveler’s sickness.

This bacteria may have been the culprit for my sickness as well as common traveler’s diarrhea, causing an infection called campylobacter enteritis. The bacteria can be found in raw poultry, fresh produce, unpasteurized milk, and contaminated water. Symptoms of the infection typically occur about two to four days after ingesting the food or coming in close contact with an infected person, and include:

Best ways to avoid campylobacter: Cook food thoroughly, and clean surfaces carefully. If you are traveling, drink filtered or bottled water, and prepare as much of your own food as possible. Try to avoid eating too much raw food (carry greens powder packets to mix in water). And oh yeah, don’t drink dirty river water while bathing elephants.

E. coli is a form of foodborne bacteria that has multiple strains, some more deadly than others. The bacteria normally lives in human and animal intestines, but when it winds up in food it can cause problems.

You can get E. coli food poisoning from undercooked meats, improperly prepared foods, unsanitized utensils, dairy products that sit out too long, mayonnaise that sits out too long, foods that have been improperly stored, raw fish, fruits and vegetables that have not been well washed, undercooked eggs and meats, or infected water. Symptoms range in severity and can occur within 24 to 72 hours of ingestion. Common symptoms:

Listeria is commonly found feeding on decaying plants, in sewage, groundwater, and in the guts of cattle and poultry. In the human body, it acts as a bacterial parasite, causing severe illness and even death in at risk populations such as those with compromised immune systems.

Listeria can be found in many foods including poultry, dairy (especially soft cheeses), meat (including processed and cured meats like hot dogs), fruits, and vegetables. Symptoms of listeria infection include:

Salmonella is the most common type of food poisoning, which occurs if you eat improperly prepared foods. It is common in chicken, and can be found on multiple surfaces that have not been carefully cleaned. Symptoms, which occur 8 to 48 hours after ingestion, include:

Fortunately, there are things you can do to protect yourself from food poisoning. By taking simple precautions, you can stay vital and healthy. The very best protection against food poisoning is immunity. You are far less likely to be affected by foodborne bacteria if you have a strong, healthy immune system to fight it off before it sickens you. A healthy, plant-based diet that incorporates colorful plant foods and non-gluten whole grains is a wonderful, immune building diet because plants have enzymes and nutrients that build up your immune system. The diet I outline in the Beauty Detox Solution is a great way to stay healthy, and here are some good desserts when craving a little extra!

Building healthy intestinal bacteria is also extremely important to create immunity against food poisoning. Take probiotics (I like Dr. Ohhira’s probiotics), and eat the Probiotic and Enzyme Salad as often as possible.

Buy organic, locally grown foods and avoid factory farmed produce. Wash all produce thoroughly, using a homemade or commercial fruit and vegetable wash. You can scrub hard skinned fruits and vegetables using a soft vegetable brush and a wash, and soak soft skinned fruits in a solution containing wash for about two minutes before rinsing. There are many good commercial washes available, such as Fit Fruit and Vegetable Wash, or you can make your own using one tablespoon of fresh squeezed organic lemon juice, two tablespoons of vinegar, and one cup of pure water.

Kitchen sanitation is important to protect you from food poisoning, particularly if you regularly prepare animal products. Some steps for keeping your kitchen sanitary:

How you store your foods is also very important. If you have meat or dairy, store it tightly sealed in plastic and away from other foods. Other tips:

You don’t have to become a food poisoning statistic…or be a freak about it either! By practicing proper sanitation, eating a healthy diet, and knowing where your foods come from, you’ll be less likely to get ill from foodborne bacteria.