While it’s ideal to always sit down and eat properly, sometimes you need foods you can grab and eat on the go. With busy lives, it’s easy to understand how individually packaged convenience snacks have become such a strong marketplace. If you wander the aisles of any grocery store, your mind will boggle at just how many snack choices you have.

Unfortunately, these convenience foods can be detrimental to your health..and your looks. Even those that seem healthy may not be so good for you on closer examination.

Here’s a list of 10 seemingly healthy convenience foods and healthy replacements for them:

Many people believe yogurt is an extremely healthy snack. In fact, yogurt manufacturers market yogurts as low in fat and calories and beneficial to building healthy gut flora.

Unfortunately, yogurt isn’t nearly as healthy as you have been led to believe. Many yogurts are sweetened with tons of sugar and have artificial flavors and colors. Likewise, yogurt is made from dairy products and contain lactose and high levels of the protein casein, both which are extremely difficult for the human body to process.

Dairy may also contain hormones. According to Harvard University, dairy products account for 60 to 80 percent of all estrogens consumed by humans. One study linked dairy consumption to an increased risk of prostate cancer. Nabisco’s Snackwells advertise themselves as low-fat, low-calorie versions of popular snacks. The brand has done quite well among those people wishing to lose or maintain weight. Unfortunately, low-fat and low-calorie doesn’t necessarily mean healthy.

Try this instead: Gluten-free crackers are convenient and crunchy. You can also find brands made from vegan whole foods that are chemical-free. I like the Mary’s Gone Crackers brand as an easy grab. Along with being high in fat and calories, granola bars often contain sugar and all kinds of chemical ingredients. Some are also coated with an enticing layer of chocolate. Another problem with granola bars may be the oats. Unless they come from a certified gluten-free processing facility (and it usually says so on the label), granola bars may contain trace amounts of gluten.

Gluten is a sticky protein found in wheat, barley, and rye as well as some oats. Gluten is very difficult for the human body to process, and many people suffer from gluten sensitivity that can cause a host of symptoms ranging from mild headaches to the inability to absorb nutrients from food (Celiac disease). One study showed that gluten triggered an immune response in some people, causing the body to treat it like a foreign invader. The result can be a host of symptoms ranging from mild to extremely severe.

Try this instead: Raw, organic almonds, which are equally easy to pack.

Many people consume diet soda because it is non-caloric. While it’s true that diet soda doesn’t have any calories, it has a whole host of other problems, which I discussed in my blog post 8 Dangers of Diet Soda.

Among the many problems with diet soda are included neurotoxic ingredients such as aspartame and highly acidic chemicals that can leech calcium and other minerals from the bones. I never recommend drinking diet soda because it is so toxic.

Try this instead: Pure water with a squeeze of organic lemon or lime 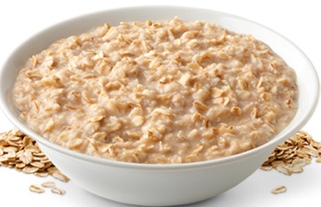 What could be quicker than a bowl of cereal to get your day started? Millions of Americans start their day in just this way and wind up ingesting genetically modified ingredients (corn, soy), sugar, salt, and empty carbohydrates. If they top their cereal with milk they may also be ingesting hormones.

Try this instead: Have steel-cut oats instead, topped with some cinnamon and even a little stevia. If you are super short on time and must use the  instant kinds, look for lower-in-sugar varieties. 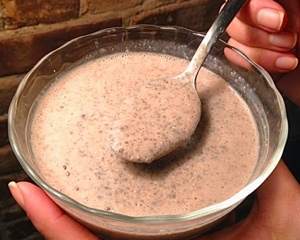 Many fast food restaurants and grocery stores now offer smoothies as a quick meal replacement. While the smoothies may contain healthful ingredients like fruit and veggies, you may also get more than you bargained for, particularly if the smoothies contain dairy or soy based ingredients, artificial colors and flavors, or preservatives. Others may contain whey protein or agave (a high fructose product). Even if the smoothie is listed as “organic,” it doesn’t necessarily mean it’s healthy.

Try this instead: Try my Chia Seed Delight Recipe. Add a tablespoon of organic raw chia seeds to a cup of unsweetened almond milk. Allow it to soak for about 20 minutes, and then stir in ½ teaspoon of vanilla extract, a little cinnamon, and a little stevia to taste.

While they may look like vegetables, veggie chips are often deep fried in vegetable oils, including potentially GMO soybean oil. They are usually high in fat, calories, and salt.

Try this instead: Raw, dried kale chips, or even organic brown rice crackers, which are easier to find. Try this instead: If you’re looking for crunch, sunflower seeds are great. These sweet treats are high in sugar and calories. They also contain dairy, which we discussed above. The pretzels also contain gluten.

Try this instead: A little bit of organic sulfur-free dried fruit would be a better choice- such as dried papaya. Try this instead: Make your own healthy trail mix with organic raisins or Goji berries and almonds and sunflower seeds.