What You May Not Know About Diabetes (and sugar) I have been thinking about diabetes since I was recently in Mexico, and sadly, it has one of the highest rates of this disease in the world.

But there is hope.

There’s evidence that type 2 diabetes can be prevented and even managed or cured with a plant-based diet. Studies, clinics, and healing retreats have shown massive improvement in the health of pre-diabetics and those already suffering from type 2 diabetes. Doctors have been throwing medications at the disease for decades, claiming diabetes is not curable, but the secret to health has never been in the drugs that mask the symptoms, but the diet that can create it or help balance your body so it goes away Yes that’s right, you do have a lot of power over this!

The Plant-Based Diabetes Approach: Get to the Root of the Problem, the SAD

The standard American diet greatly contributes to the diabetes epidemic. Devastatingly, it’s not really just the Americans eating this way anymore. Through fast and processed foods, the SAD diet has spread worldwide. It’s made up of refined carbs, sugars, vegetable oils, and animal products—all things that make weight gain easy, some of which also rapidly raise insulin levels in the body. When we consume all of those rich and high glycemic index foods that don’t offer much nutritionally, we become overfed but malnourished. We get sick.

The pancreas can’t produce enough insulin to provide for all the excess body fat the SAD creates because the body just doesn’t respond to the insulin as it should anymore at that point.  The poor pancreas is putting out as much insulin as it can to deal with these rich foods, and it’s still not enough because after prolonged periods of time with too much insulin in the blood, the body is no longer sensitive to it (and too much insulin in the blood stream can be harmful, causing weight gain, poor circulation of the blood, high blood pressure, and more).

Adding more insulin as treatment may not be the long-term answer; getting to the root of the problem is. The root of that problem is diet, though some of the symptoms can be masked by medications and make people think they’re fine, that they’re “controlling” their diabetes. While the numbers on the tests look good, the insulin could be increasing their appetite, causing more weight gain, and increasing heart attack and cancer risks behind the scenes. I’d never say you should quit your medication on a whim, but I do think it’s worth taking a look at your diet and working with your health care provider to see if you can work out a long-term plan for reversing diabetes, hopefully one that does involve less or no medication, also steering clear of fish oil capsules and supplements of that sort.

Several doctors are seeing the link between a vegan diet made up of whole foods, rich in nutrients and low on fat and empty calories, and getting rid of diabetes (some won’t say they’ve “cured” diabetes, but they will say there’s no longer evidence of the disease or a need for medication after a certain point). For example, Dr. Furhman’s approach is “a high-nutrient (Nutritarian) diet, an eating style that focuses on the quality of carbohydrates, proteins, and fats; an eating style with a high micronutrient to calorie ratio.”  He goes on to say that “the nutritional advice received from the American Diabetes Association (ADA), and typical dieticians and physicians is inadequate and permits countless of unnecessary premature deaths and much needless suffering.”

Another doctor who has had astounding results with his approach to treating diabetes with diet, Dr. John McDougall, doesn’t recommend medication for type 2 at all. In fact, his clinics, which focus on a vegan diet of whole foods, exercise, and healthy habits, have allowed people to come off of their medication for type 2 diabetes (since type 1 is not caused largely by the standard American diet, it does not respond to this type of therapy and requires other treatment methods). He says, “The only way to regain your health is to stop consuming the poisons and start eating foods that are rich in all the vitamins, minerals, phytochemicals, and fiber your body requires.” Vegetable oils and animal products are the poisons he’s talking about because of their disease-causing fat and cholesterol content.

Yet another doctor who has helped diabetics reverse their disease, Dr. Gabriel Cousens, believes that meat, chicken, and fish create insulin-resistance and pre-diabetes, and that eating vegan, raw foods turns on the anti-aging genes (and type 2 diabetes is a form of accelerated aging). He also points out that Max Gerson cured Nobel prize winner Albert Schweitzer’s diabetes with vegan food first in 1920s. (Why isn’t a vegan diet with lots of raw food the norm for treating diabetes by now??) Additional studies show that a vegetarian diet—one of whole grains, vegetables, fruit, nuts, and seeds—can prevent type 2 diabetes as well as cardiovascular diseases. Diabetes and cardiovascular disease often go hand in hand, and one thing they have in common (in either direction—healthy or unhealthy) is diet. A diet brimming with rich foods like meat and cheese can contribute to either type of problem, while a low-fat plant-based diet helps prevent them both.

The Beauty Detox Solution and Diabetes

The Beauty Detox lifestyle is in alignment with these studies and whole-food diets that are doing good things for diabetes. We focus on vegetables, fruits, whole grains, nuts, seeds, and very little oil (which is not a whole food found in nature and always inherently processed out of the whole food it came from). I love the beauty of whole foods and their ability to bring you the energy and vitality you may have thought had faded away forever. Whole foods are healing foods; they have the potential to prevent diseases as well as reverse them, as you can witness by the sheer number of improvements from the clinics and retreats run by the doctors above. It’s not just the fiber or the isolated nutrients we can identify within each food, but rather thousands of phytonutrients within the foods that make them so healthy.

Your body is a very powerful machine that can regenerate when you start giving it the right fuel.

Diets that focus on foods that are more slowly absorbed by the body have been shown to reduce the risk of developing type 2 diabetes.  There have been some questions, though, about some of the specific guidelines within the Beauty Detox Solution and what kind of effects they may have on blood sugar.

A study showed that fiber does matter in diabetics’ diets. A higher fiber intake even than the amount recommended by the American Diabetes Association is beneficial for those with type 2 diabetes. Both of these aspects of the Beauty Detox plan offer lots of fiber.

You’ve probably heard a lot about the glycemic index of foods. The higher the number (up to 100), the more your blood sugar is affected by the carbohydrates in the food (those foods are turned into glucose in the body more quickly than foods with lower numbers). However, there’s more to take into account—like water and fiber content, plus serving size–than just that single number when you’re determining what to eat. 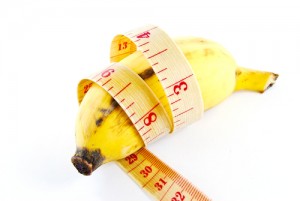 While looking at a food’s glycemic index or load can be beneficial, focusing more on consuming high-fiber whole foods can be easier to manage from day to day, and basing food choices on that rather than just the glycemic index (which changes depending on portion sizes and how the food is prepared) may be a more realistic and beneficial method.

Preventing and reversing diabetes with whole, often raw, foods almost seems to have been overlooked in the midst of other dietary recommendations for diabetics (and general myths about healthy eating in general) and, of course, medications, but it’s time to put a stop to the spread of this epidemic. It truly is as simple as changing the way we eat!!

Please share this with anyone that you think might benefit or that you are concerned is a diabetes candidate, or is currently suffering from this illness. We all have the power to help alleviate suffering, within our own bodies and by our sharing knowledge.