What’s Really in Your Frozen Dinner? So. You’re hungry with a capital H, just came home from work, and want to eat in a hurry. Instead of making something from scratch, you opt for the diet frozen entrée in your freezer.

At least, you reason, you can eat something lower in calories. With fancy labels and bright marketing claims, they sure seem tempting to those with a busy life. Hey, you can just pop something in the microwave and be done with the whole dinner thing in a few minutes. Plus no clean up! But are these frozen dishes really a good substitution?

A while back, Nestle recalled one of Lean Cuisine’s frozen entrees because some people found fragments of glass in them. Hmmm, yum!

And what about other frozen “diet” entrees? What’s in them, and are they healthy?

If you have a frozen meal in your freezer right now, take a moment and look at the ingredients list.

How many words are there on it you aren’t even sure how to pronounce? How many ingredients are things your great-grandparents probably wouldn’t have recognized as foods?

Here’s just a short rundown of some of the ingredients you may find in the typical frozen dinner.

I write a lot about this toxic ingredient and studies show that HFCS isn’t as harmless as corn refiners would have you believe.

Aside from being refined like a petroleum product, HFCS has been indicated in a whole host of health problems including insulin resistance (metabolic syndrome), weight gain, and fatty liver disease. This ingredient emulsifies oils in frozen foods so they don’t separate into a gloppy mess when you nuke them.

Polysorbate 80 has been implicated in a number of health complications including tumor growth, headaches, heart problems, and gastrointestinal issues.

Table Salt (and lots of it!)

Frozen meals are notoriously high in salt. While salt contains sodium, which your body needs in small amounts, it isn’t a healthy way to get it.

In fact, salt is made by super-heating either natural salt or crude oil flake leftovers to extract sodium chloride. It often contains other chemicals such as preservatives or anti-caking ingredients.

Small amounts of naturally occurring and unprocessed salts, such as Celtic sea salt or Himalayan salt are much better sources for your health, but they are seldom used in frozen meals.

This is interesting, because this is also a common ingredient in lots of skincare products. It is an ingredient that is closely related to antifreeze, and it pops up frequently in our processed food supply.

That’s because it’s used as an emulsifier in a manner similar to polysorbate 80. It is a form of mineral oil, refined oil made from petroleum products. 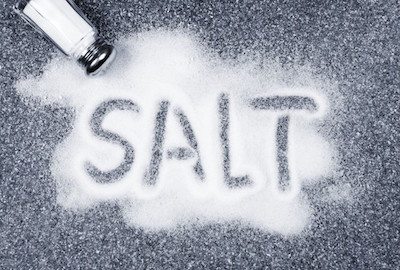 If you look at the Material Safety Data Sheet, you’ll see exposure is dangerous if ingested, inhaled, or in contact with skin.

Food manufacturers will tell you it’s safe because it’s used in such tiny amounts, but that’s not a risk I’m willing to take, or definitely want exposure to on a regular basis.

By any other name, this is known as MSG, which is a highly neurotoxic substance. MSG has been cited in some research as an excitotoxin.

How to Eat Healthy

Because there are so many varieties of frozen entrees and they all have extensive ingredients lists, I’ve only chosen a few ingredients just to demonstrate how toxic they can bee.

There are thousands of other ingredients in frozen dinners and other processed foods that are synthetic/foreign to the body.

Of course, the entrees also often contain wheat (gluten), and soy in numerous varied forms, and dairy, which are notoriously difficult for your body to process and digest.

We don’t want to eat foods that our bodies can’t easily process. Doing so creates toxic buildup in our systems that robs us of good health.

The more gunked up our systems get, the worst our health becomes, and the process can occur silently. You may not experience symptoms for months; however, over years of poor eating habits, we slowly build up toxicity until something finally breaks.

The best way to combat this is to make sure what we put in our bodies is clean, pure, and as chemical free as possible.

Humans have evolved over millennia eating natural foods from the earth that are free of chemicals.

It has only been in the past century we’ve begun to ingest manufactured foods that contain chemicals, flavorings, preservatives, and items that our ancestors wouldn’t even recognize.

The best way to eat, then, is to return to our roots by eating foods that aren’t manufactured.

Instead, humans thrive on a diet of unaltered plant foods that come from the earth – natural whole foods such as organic fruits, vegetables, seeds, nuts, and ancient unprocessed grains.

Fortunately, nature supplies a number of quick and easy convenience foods that require little preparation. When you’re hungry in a hurry, consider some of the following foods: Make enough quinoa on Sunday to last a few days into your work week. Go shopping on Sunday for easy snacks (gluten free crackers, hummus – if you don’t want to make your own, spices, nutritional yeast, etc.)