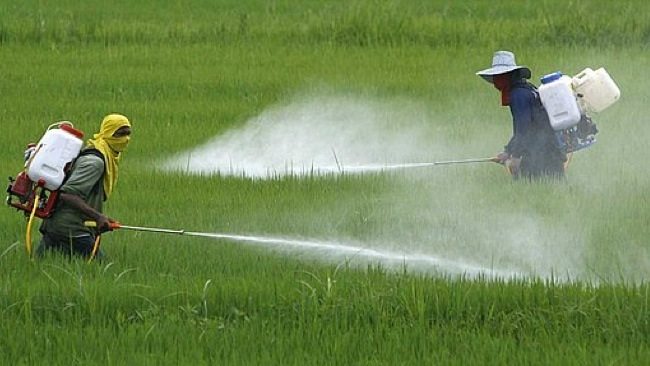 Hi everyone! If you’ve been following the news about the organics study I discussed in Saturday’s blog that deemed organic foods no more nutritious than conventional, then you may have noticed that the blogosphere has blown up over the controversy study over the past several days. Many of you have even contacted me via blog comments about just how flawed this study (actually a meta-analysis) truly is.

What Is Being Reported Essentially, the media take on the study results is this: organic food is no more nutritious than conventional foods. Therefore, there’s no real reason to eat organic. You can read my original analysis of this study here.

The Potential for Harm

The meta-analysis and widespread media reporting of it has the potential to cause a great deal of harm to public and environmental health and safety by downplaying the importance of organic foods. Organics are a cornerstone of my Beauty Detox lifestyle for several very important reasons, which I outlined in my previous blog post.

Here’s a quick summary of the benefits of organic foods: While I’ve discussed the merits and drawbacks of the study data before, the new information coming to light is particularly troubling.

Over the past several days, a disturbing picture has emerged about one of the main scientists on the organics study, Dr. Ingram Olkin. It has been brought to light that Dr. Olkin has a long history of anti-science propaganda, beginning with his development of an algorithm that allowed corporate interests such as Big Tobacco to skew study results. Big Tobacco companies used Dr. Olkin’s algorithm in past decades to downplay the health risks associated with tobacco usage. Documentation from 1976 further shows financial ties between Dr. Olkin and one of the Big Tobacco companies, Phillip Morris. Dr. Olkin was hired to help statistically downplay the role smoking played in heart disease, as discovered in the Framingham Heart Study.

Dr. Olkin’s long history of spreading anti-scientific misinformation to support the corporate interests of Big Tobacco is of significant concern given his role as a principle researcher in the recent anti-organic study. The mainstream media has latched onto the findings of this meta-analysis and is spreading the news like wildfire. Several misleading editorials have been written since the study results were released, as well, opining that people who choose to eat organic foods are buying into a “fantasy”, and logic would dictate that if organic foods are no more nutritious than conventional foods, then there is absolutely no benefit to eating them whatsoever. 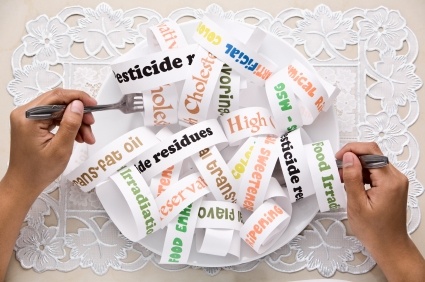 Unfortunately, what media coverage of the meta-analysis fails to discuss is the true costs of conventional farming, as outlined above. Instead, it focuses on a very small subset – micronutrients – and doesn’t even mention environmental, economic, and the absolutely frightening potential health costs of pesticides, herbicides, antibiotics, hormones, and genetic modifications in our food supply.

This amounts to a sleight of hand that directs public attention away from the true issues. Micronutrients are, in this case, a red herring. That’s not to say micronutrients (vitamins and minerals) aren’t important – they are. There’s nothing in the study suggesting organic foods are any less nutritious than conventional foods. Instead, the net result of all of the studies evaluated in the meta-analysis is that micronutrients are at about the same levels in both organic and conventional foods (but remember that some studies found that organic food did have more nutrients, this is a meta-analysis). By focusing on this, however, the study deftly directs media and public attention away from the very real environmental, economic, and health costs of conventional farming.

Defrauding the American Public in the Name of Corporate Profits

This is the same sleight of hand that was used by Big Tobacco for decades in order to perpetrate what amounts to criminal health fraud on the American populace.

Of course, we now know that smoking kills. In hindsight, it’s quite easy to see just how deftly Big Tobacco manipulated both the media and the public. Unfortunately, we don’t have the gift of hindsight currently to tell us just how much we’re being misled in the case of conventional versus organic farming. Instead, we have a trail of clues very strongly suggesting corporate interests are misleading the public for profit at the expense of public health and safety.

What are those clues?

These are just a few of the many clues showing conventional farming practices using GMOs, pesticides, herbicides, antibiotics, and other chemical substances are dangerous to human and environmental health and safety. When we carefully examine the clues, it paints a clear picture of a public being misled in the interest of corporate profits. You are your own best advocate. As recent events show, we can’t fall prey to corporate attempts to get us to act counter to our own health interests when we believe misreported and misleading data. Whenever the news breaks with information affecting your health, it’s important to look behind the reports in order to not be misled.

In this case, you are being misled about organics. They do make a difference, and when we ignore the environmental and health effects of herbicides, pesticides, and GMOs, we do so at our own peril.

Thanks to everyone who commented, giving me a heads up on just how misleading this study really is, and prompting further research and this ensuing blog. That’s why I really love the Beauty Detox Community – because we all look out for one another – growing foods for energy, not profit.