Addictive and Toxic: Are You Unknowingly Eating These Items Every Day? 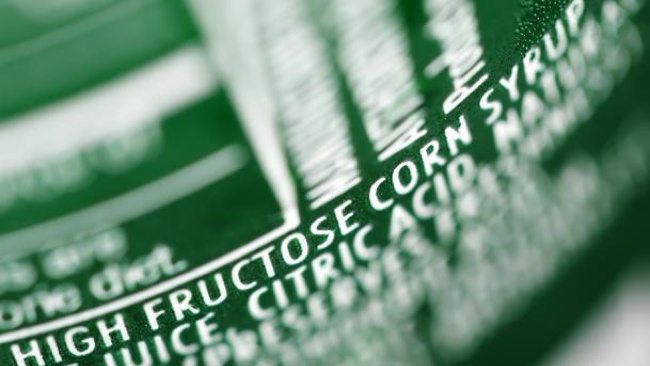 Eating processed foods is a real doozy. They are not only toxic in nature, but are also so addictive that they cause you to crave more of the very food that’s so bad for you! Remember the public outcry when the news came out that tobacco companies added ingredients that made cigarettes even more addictive? Unfortunately, food manufacturers also add addictive substances to their foods, but there isn’t enough public momentum (yet) to force them to stop. So sadly, these items continually contribute to us getting fatter and fatter and sicker and sicker as a society.

Even foods that are considered “healthy,” like bread, pasta sauce, and salad dressing, may contain these ingredients. Let’s look at some of the worst offenders.

What it is: BPA is a chemical compound that mimics hormones and disrupts the endocrine system in the human body. What it’s in: BPA is used in food packaging, but it can leech into the foods the packaging contains. A recent consumer reports test on packaged foods found BPA in multiple brands of canned foods – even those labeled as “organic” and “BPA-free.” BPA may be in:

What’s wrong with it: As I stated early, BPA is an endocrine disrupter that can interfere with your body’s hormones. According to an article in Scientific American, rodent studies have linked BPA exposure to a host of health problems in mammals, including male genital defects, early onset puberty, obesity, behavioral problems, and certain types of reproductive cancers. A brand new study published in the Proceedings of the National Academy of Sciences also links BPA to breast cancer in monkeys.

What it is: A chemical used to build copolymers and other industrial materials. What it’s in: Acrylamide has been found in numerous starchy foods cooked at high temperatures. Foods with acrylamide include:

What’s wrong with it: High, continuous acrylamide exposure has been linked to several forms of cancer. One Swedish study linked acrylamide intake to ovarian and uterine cancer. Other health risks include:

What it is: Monosodium glutamate is a processed chemical used to enhance flavors and increase the presence of “umami” in processed foods. MSG is present in many savory foods, including:

What’s wrong with it: According to some research, MSG is an excitotoxin. When you consume it, it excites your brain cells to the point of death. Excitotoxins also promote cancer growth and metastasis. How can you avoid these toxic items? Cut out or down to a bare minimum  processed foods, fast foods, animal products, and soft drinks.

I know it may seem like a lot when you’re just starting out and have been used to eating a certain way for a long time, but just start taking baby steps and soon you will feel better on fresh food so that you won’t want to go back. For instance, you can switch to frozen veggies instead of canned ones, if you don’t have time to shop for fresh all the time. You can also make a green smoothie ahead of time before your next meal. And on the go, snack on sunflower seeds or crunchy veggies sticks with salsa instead of processed crackers. Or at least switch to an organic whole grain cracker brand, like Mary’s Gone Crackers, which is a step up. Baby steps= feeling better= long-term progress. And that is what I want for you.

What it is: Maybe you can recall a TV commercial you’ve seen lately of parents and children skipping through the corn fields (la di daaa!) in pretty outfits and smiles all around, touting that HFCS is the same to your body as sugar. But it’s not straight sugar. High-fructose corn syrup (HFCS or “corn sugar”) is a chemically manufactured sweetener that uses enzymes to convert corn’s naturally occurring glucose into fructose, which is far sweeter. Food manufacturers use HFCS as a cheap way to add a little sweetness to their product, a flavor enhancer, and to brown baked goods.

What it’s in: A better question might be what ISN’T it in. HFCS is nearly ubiquitous in processed foods. Here are just a few of the many foods that may contain HFCS

What’s wrong with it: HFCS is associated with multiple negative health effects. First, let’s start with the fact it is a chemically altered food, and one that our ancestors surely did not eat. Because of this, the human body is poorly equipped to process HFCS. Additionally, the high levels of fructose are very harmful to human health. Fructose occurs naturally in very small amounts in fruit, and the human body can easily handle naturally occurring fructose (plus the natural vitamin C and antioxidants in fruit help your body counteract its natural fructose). In HFCS, however, the amounts of fructose are extremely high and concentrated, and added into fiber-less liquids (like sodas), you may consume far more than you realize. A study review in the American Journal of Clinical Nutrition evaluated evidence and concluded that increased fructose consumption in the Western diet contributed to increased rates of obesity, type 2 diabetes and insulin resistance, poor blood lipid profiles, and high blood pressure.

Fructose also has a negative effect on the liver. A study in the Journal of Hepatology concluded that excess dietary fructose consumption was a factor in the development on non-alcoholic fatty liver disease.

Unfortunately, HFCS and other intense sweeteners may be addictive, as well. One study demonstrated that intense sweetness from sweeteners like HFCS surpassed the rewards in the human brain of cocaine, a highly addictive drug. Unfortunately, because HFCS is in so many processed foods, this means that it may trigger addictions to many of the unhealthy chemicals they contain.