Is Your Nail Polish Toxic? 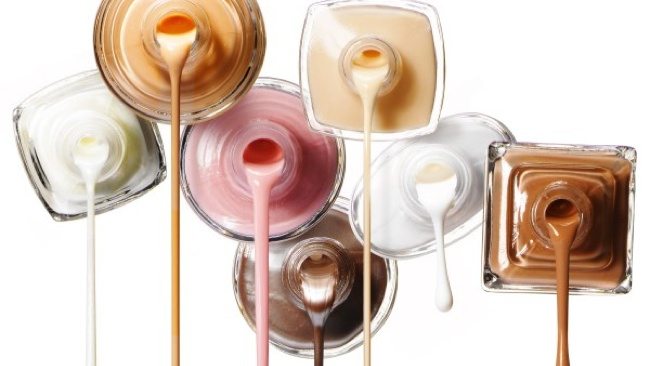 If you’re like me, you love to have pretty nails. Nails are awesome! They allow you the freedom to constantly change your look, based on your mood, without the far larger commitment of say getting married or cutting your hair. I wear different polishes all the time of all colors, including blue, pink, yellow and of course, all shades of pink, and red. But we have to remember that nails are part of our skin and are porous. Nail polish can be toxic if you don’t use the right kind. Nail polish frequently has three ingredients that are highly toxic, often called the “toxic trio.” In fact, a recent California investigation found that even some salon brands labeled “non-toxic” had these three ingredients, even though they weren’t listed on the label. What?! Sneaky! And super annoying, given the care many of us take to keep toxins out of our bodies and off our fingernails. The three dangerous chemicals found in nail polish include:

This is an industrial solvent. It’s used to manufacture many things including paints, rubber, and other chemicals, as well as gasoline, airplane glue, and shoe polish. I’m pretty sure people wouldn’t smear this sweet smelling chemical all over their skin, but when you apply it to your finger and toenails as an ingredient in finger polish, that’s exactly what you’re doing! Your nails are part of your skin and very porous, so ingredients in beauty products can make their way into your system. According to Medscape, toluene has central nervous system effects. It crosses the blood-brain barrier and interacts with important neurotransmitters like GABA and dopamine. CNS effects include vertigo, seizures, coma, cerebral and cerebellar degeneration, seizures, decreased cognition, blindness, and many others. Likewise, toluene affects other body systems as well, including your heart and lungs with symptoms ranging from acute (asphyxiation) to chronic (acute lung injury.) It also affects your liver, kidneys, and musculoskeletal systems, among others. Affects of toluene include:

This colorless gas is a chemical compound commonly used as a preservative. When formaldehyde comes in contact with skin (which is what your nails consist of), it can cause contact dermatitis, blistering, and chemical burns. Exposure to low amounts of formaldehyde may lead to eye, skin and respiratory tract irritation. High levels can cause irregular heartbeat, pulmonary swelling, and even death. Not something you’d really want on or in your body, yet it is a common ingredient in nail polish.

This ingredient, which also is called benzenedicarboxylic acid, dibutyl ester, and other names, is a common additive in fragrances, plastics, and solvents. According to the Environmental Work Group the European Union has banned this ingredient for use in cosmetics. Unfortunately, it is used in cosmetics in the United States. Among the many concerns with DBP in humans are:

So what’s a girl to do if she wants pretty hands and feet? There are better brands of polishes out there. My favorite and only brand I recommend is Vapour Organic Beauty Nail Polish.  It is the shiniest and most chip-resistant one I’ve found, free of the big 3 nail polish toxins. It’s made entirely from organic plants. vitamins, and minerals! Ive been using it and it works great, probably one of my favorite organic makeup brands! Its safe for children, completely non toxic, & Cruelty Free!