Is Your Cell Phone Microwaving Your Brain? 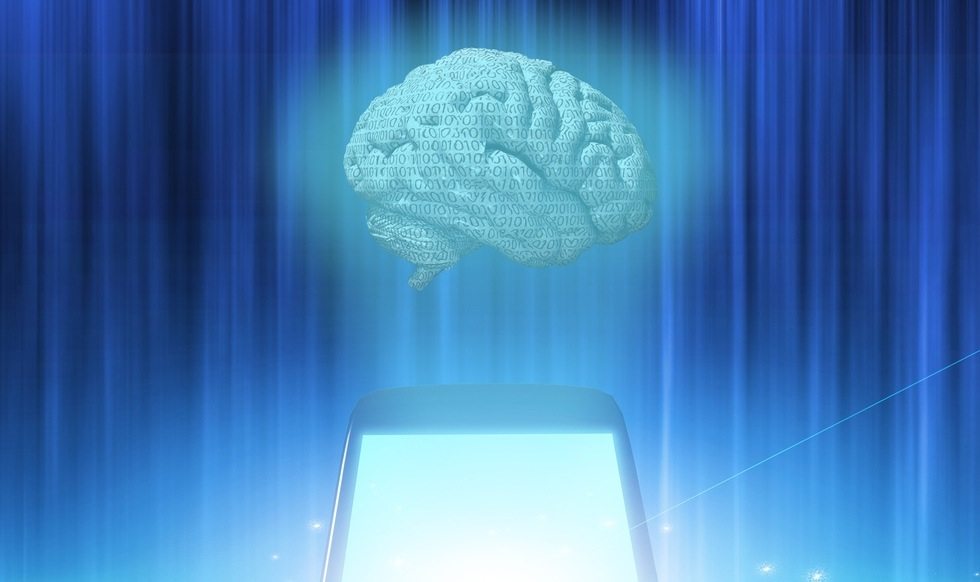 You’ve probably heard the horror stories about cell phones and brain cancer. There are some legitimate health concerns associated with some of the technology we use and love each day, but you don’t have to give it all up. Today, I’ll talk to you about some of the issues with EMFs (electromagnetic fields) and how they relate to your favorite gadgets and things you just don’t want to live without.

What EMFs Are and How They Affect the Body EMFs are invisible and almost everywhere in today’s world, coming from cell phones, hair dryers, clothes washers and dryers, computers, power lines, televisions, electrical outlets, cordless phones (not just cell phones), circuit breakers, air conditioners, fluorescent lights, halogen lights, and all types of electronics. The list goes on, and there are probably not many of those things you want to swear off permanently, right?

The human body runs in part thanks to tiny electrical currents. They’re part of the nervous system, and your heart uses them, too. When you’re exposed to all the external electromagnetic fields, they can affect how your body functions because they interact with your own electrical currents.

Low level exposure like most of us have in our homes haven’t been proven to cause any serious health issues yet, but researchers are still looking at what kinds of effects long-term, low-level exposure can havei now that we do have more appliances in our homes than ever, and people are exposed to them all their lives (rather than just a portion during adulthood, as older generations have been).

Even though nothing has been confirmed yet, the World Health Organization does have a list of complaint that people have reported as symptoms of EMF exposure, like:

One study published in the International Journal of Neuroscienceii showed that some people may be hypersensitive to EMFs. The subject in this particular study experienced headaches, skipped heartbeats, and muscle twitching enough times after exposure that it was unlikely the results were due to chance. Those who are sensitive may notice some of the side effects listed above when exposed to the EMFs as they’re switched from an off to on status.

A couple of additional hazards of EMF exposure have actually been proven. In those who are exposed to higher than usual amounts of EMFs, there is a decrease in melatonin productioniii. Melatonin is an antioxidant, which means lowered amounts could leave you more susceptible to developing cancer. It also helps regulate your sleep-wake cycles, leading to fatigue when your levels aren’t quite right. EMFs aside, if you’re on your phone, computer, cell phone, or even watching television, the bright lights alone could be throwing your melatonin production off because the light can trick your body into thinking it’s still daytime when it’s late at night. Studies have also shown that exposure to EMFs can damage sperm if a man carries his cell phone in his pocket. The Environmental Working Groupiv put together a document that looks at several studies on reproductive health and cell phone use and storage.

It’s more difficult and invasive to do these types of studies on women, but there have been a few, like one in the Journal of Epidemiology and Community Healthv and another in Scientific Reportsvi that suggest cell phone use could be linked to impaired memory and hyperactivity in children born to mothers who were exposed to cell phone radiation while pregnant.

Could Cell Phones Cause Brain Tumors?

The International Agency for Research on Cancervii, part of the World Health Organization (WHO), considers cell phone radiation to be carcinogenic because of an increased risk of glioma, a malignant brain cancerviii.

The organization lists tissue heating and the skin’s absorption of the energy as some of the short-term effects of mobile phones. One of the big questions hanging around the use of items that emit EMFs, namely cell phones since they’re held right next to your head when in use, is whether they cause brain cancer.

There have been studies that attempted to answer this question, but so many factors come into play when trying to test the effects of a relatively new item (cell phones have only been widely used since the 90s). The effects don’t often show up until well after the accumulation of exposure. These types of studies also rely a lot on people’s memories and estimatesix when it comes to how often they use their phone, the average length of their phone calls, total hours of lifetime use, etc. That allows room for error, so the results of the studies aren’t as accurate as they could be.

All that said, a link has been shown between the highest levels of use and the occurrence of malignant tumors, though researchers still can’t say for sure that exposure causes cancer. It’s still a good idea to limit your exposure to EMFs as much as possible.

How to Reduce Your Exposure Since we can’t all just abandon the modern world and all the electronics, gadgets, and conveniences that come with it, it’s important to know how to reduce your exposure. You can do this in a number of ways.

There’s a lot we still don’t know about EMFs and their long-term effects on the body, but we know enough to know we should limit exposure as much as possible. You don’t have to plunge yourself back into the Dark Ages and live without electronics or any of the ease that technology provides in order to stay healthy.

Limiting your exposure can go a long way. Instead of killing time on your cell phone or using social media to keep in touch with loved ones, meet up in person with a friend and have some face-to-face interaction. You’ll feel so much better and you’ll be protecting your health at the same time.