Beauty Detox Take On ‘What The Health’! I think it’s rare to come across a piece of work- whether it’s a book, film or article that touches you so much that you feel compelled to share it with the world. And I don’t just mean in the case of an article that you share for a week or two, and then forget about it. I mean something that drives you to talk about it, nearly endlessly (to the extreme annoyance sometimes, of your significant other and close family members!), for months and even years. That was the experience for me with the documentary Cowspiracy. I was so shocked by what was shown, which I knew about to some extent by the famous U.N. report highlighting that animal agriculture was more harmful to the environment than the entire transportation industry put together, and had written about in The Beauty Detox Solution. Bu the film laid out the full extent of this issue, including how environmental organizations plainly ignore the facts that the biggest contributor to the destruction of the environment is animal agriculture!

A few weeks ago, I was honored to be part of the LA premiere to What the Health, the follow up documentary by the filmmakers of Cowspiracy, Kip Andersen and Keegan Kuhn. I have to tell you- implore you really- TO.SEE.THIS.FILM. It is in some ways, even MORE shocking than Cowspiracy. 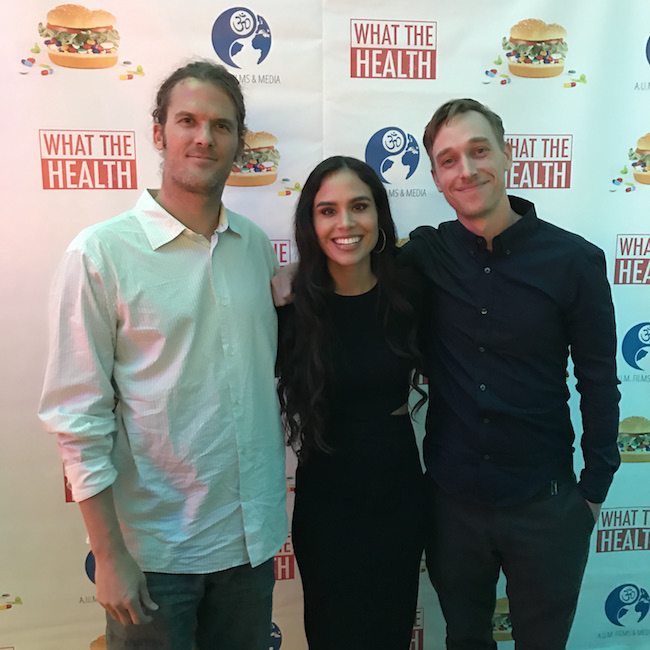 These two guys are true heroes in my book- filmmakers Kip Andersen and Keegan Kuhn, who are talking about what others are too uncomfortable to point out, but what we all need to be informed about.

The What the Health film goes into how some of the nation’s leading health organizations take funding from major food business and pharmaceutical companies, exposing the collusion and corruption in government and big business that is costing us trillions of healthcare dollars, and keeping us sick.

Kip and Keegan are truly fearless heroes. They track down the leading and most trusted American health nonprofits to find out why these groups are staying silent, despite a growing body of evidence. You WILL be shocked to learn the insidious roles played by pharmaceutical companies, agribusiness, and processed animal food companies in the nation’s health, especially in the most vulnerable communities. Bacon lovers beware: once you see this film, even the most hard-core bacon lovers, upon seeing the decaying carcasses of the pigs at the edge of the hog farms, staying out for a few days at a time, will not be able to stomach bacon (hopefully), ever again. I urge you to check out the film on their website.

Years ago, I did a segment on Good Morning America where I innocuously made the recommendation of avoiding Diet Coke for health reasons. I was flabbergasted the next day when a major health organization wrote into GMA saying that I had no right to defame diet sodas, and that in fact that organization recommends them to their diabetes patients.

I felt sick to my stomach, horrified and outraged. I then learned that this big organization actually takes funding from Coca Cola! Wow. That was when I started to understand the dark depths in which big business have their hold over health information that is distributed to the masses.

But What the Health delves far deeper than this, which is why it’s SO important we all watch this and become informed, for our and our families’ sakes. 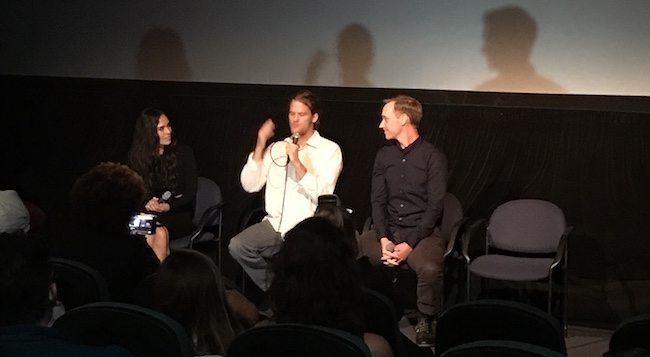 Q&A post-premiere with Kip and Keegan. I talked about some of the nutrition question aspects of the film.

HOST A SCREENING AT YOUR LOCAL THEATER

Also, if you are as shocked as I am, please channel that energy into hosting a screening! I am organizing some screenings myself, and have reached out to centers (such as where I do my Mommy & Me and Lil Bub’s infant program) to have screenings for the parents.

Here is some info on how you can host a screening:

Our partners at Tugg give you the power to bring WHAT THE HEALTH to your favorite movie theater! The process is simple: pick a date, pick a theatre, and enlist your audience to meet the RSVP threshold online before the deadline. If enough reservations are made, the screening happens. You can use the event as a fundraiser and even host a panel discussion right in the theater. Want to know more? Check out How Tugg Works.

How To Watch The Film:

What The Health Shop:

Note: You can stream + download the What The Health film anytime for $9.99. And rumor has it that Netflix will be adding it to their Documentary list (but that might not be for a few months), so keep a lookout! ;)