The Dangers of Diapers and Why You Should be Aware

A good deal of my clients have babies now, which has gotten me thinking about the subject of diapers. I know every parent wants to do everything they can to ensure the health and wellbeing of their children, which is why I feel it is so important to share this information with you. Many new parents choose disposable diapers, never realizing the toxic threat they pose to their babies.

Most babies wear diapers nearly 24 hours a day, and those diapers are in constant contact with both skin and mucus membranes. This means that any chemicals in diapers are likely to wind up in your baby’s system if he or she wears disposable diapers. Many parents are surprised to learn the amount of chemicals in disposable diapers that can wind up in your child’s system.

1. Dioxins – Many baby diapers are bleached with chlorine, resulting in remaining traces of dioxins. According to the World Health Organization, dioxins are “persistent environmental pollutants” that can cause an array of health problems including developmental delays, damaged immunity, hormone interference, and certain cancers. Even if dioxins don’t wind up in the diapers after bleaching, they do wind up in the water and thus, the food supply, creating an environmental health problem from the manufacture of diapers.

2. Volatile Organic Compounds (VOCs) – Many disposable diapers release VOCs such as ethylbenzene, toluene, and xylene. According to the EPA, some VOCs are carcinogens. Others can cause neurological problems, eye irritation, and decreased immunity.

3. Sodium Polyacrylate (SAP) – The absorbent center in disposable diapers is made from SAP. Once used in tampons, SAP was responsible for the cases of Toxic Shock Syndrome associated with the products. SAP also irritates skin, can cause staph infections, and may be related to other health problems, as well.

Diapers and the Environment 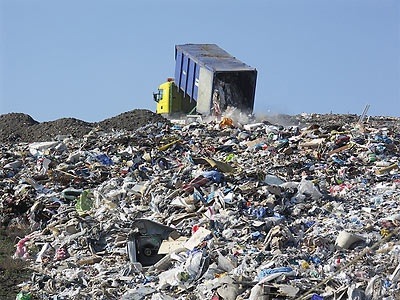 Many parents feel the convenience associated with disposable diapers mitigates the negative environmental effects the diapers have. As I previously mentioned, dioxins are one of the unfortunate side effects of diapering with bleached disposable diapers. The other environmental issue is their lake of quick biodegradability. Disposable diapers wind up in landfills and won’t break down for about 500 years. Likewise, because the diapers contain human waste, they may contain viruses and bacteria that can seep into the groundwater.

With so many issues surrounding conventional disposable diapers, what’s a parent to do? Here are some great alternatives. Today, as they were decades ago, cloth diapers remain the environmental gold standard in diapers. These diapers have more than 100-200 uses before they are relegated to the rag bin. Parents can buy several sets of washable waterproof diaper covers and just change the diaper inserts unless more cleanup is needed. With the easy closure diaper covers, there’s no need to worry about pins, and diapers go on quickly. Opt for unbleached, organic cotton.

5. Chlorine-free disposable diapers: Sometimes parents do need to use disposable diapers. While this should only be a sometimes option instead of every day use, there are environmentally friendly, biodegradable, chlorine free diapers. Brands to try include Bambo, Nature Babycare, and Tushies.