The Truth About Raspberry Ketones Recently, lots of you have been asking me about raspberry ketones and their ability to miraculously shrink fat. After all, it’s been getting a flurry of media attention. The dietary supplement is being touted as a number one fat loss miracle, but is that really true? Are raspberry ketones the newest weapon in the arsenal against excess fat? Can you really simply buy fat burning in a bottle?

What Is Raspberry Ketone? According to manufacturers’ claims, raspberry ketones regulate the hormone adiponectin, which tends to be present at lower levels in people with obesity than those without it. Some studies show that increasing adiponectin levels may help treat insulin issues such as type 2 diabetes and metabolic syndrome by increasing insulin sensitivity. Insulin resistance is a key factor in obesity, type 2 diabetes, and metabolic syndrome. Raspberry ketones may also regulate norepinephrine, which can cause a slight rise in body temperature.

Nothing New about Raspberry Ketones

Raspberry ketone supplements have been around for years. In fact, they’ve been marketed internationally since the 1960s. Instead, it’s all the hype that’s new as manufacturers attempt to cash in on people’s willingness to try anything to lose weight.

The claims about raspberry ketones seem to arise from two small-scale rodent studies. In the first study, researchers demonstrated the substance’s effectiveness in suppressing fat accumulation in male mice. In a second, which was conducted on a small sampling of mice, raspberry ketone appeared to prevent fat accumulation in mice fed a high fat diet. Thus far, no human studies exist showing the effectiveness of raspberry ketones for fat loss in humans, although anecdotal evidence seems to suggest it may be helpful in some cases.

How Do Rodent Studies Translate to Humans?

According to Johns Hopkins Medical, mouse and human genomes are about 85 percent the same, which is why mice are so often used as an initial base for studying human biology, genetics, and disease. This means that some findings in rodents will be consistent with findings in humans while others won’t. Ultimately, the best determination of how successful a supplement will be in humans can only come from carefully controlled, peer-reviewed, scientific human studies. Raspberry ketones have yet to meet this standard. The rodent studies are not backed up by solid human studies, nor has this unregulated substance been studied in humans to determine contraindications and potential side effects.

What about Anecdotal Evidence? While scientific studies are objective, anecdotal reports cannot be considered objective evidence because they are based on subjective human reporting. Such evidence can be affected by hype, expectations, and confirmation bias, rendering it not necessarily valid. Anecdotal evidence may be an excellent basis for forming a testable hypothesis, but only controlled scientific human study can determine a true correlation between raspberry ketones and weight loss.

No positive correlation can be established between raspberry ketones and human weight loss at this time.

In the wake of raspberry ketones’ recent media success, some manufacturers are adding other claims to their product, as well. One that I have seen quite a lot is that the raspberry ketones are anti-aging. While it is true they contain antioxidants that fight free radical damage, it’s a big stretch to call them an anti-aging miracle. If you want to fight aging, eat a superior plant based diet with natural antioxidants, and that doesn’t leave a lot of clogging waste in your body. Don’t just try to buy it solely with a pill.

The FDA rates raspberry ketones as GRAS (generally recognized as safe); however, the agency has not tested nor does it support any of the weight loss claims made about raspberry ketone. Many manufacturers also include other ingredients in their supplements, such as norepinephrine (which can raise blood pressure), hoodia, capsaicin, caffeine, and other possible thermogenic (fat burning) ingredients. These ingredients may have a host of negative, and possibly dangerous, side effects. 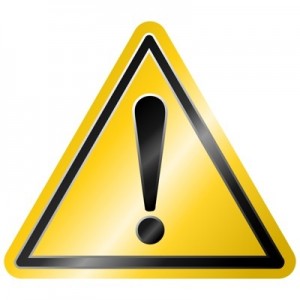 Not included in the hype are the potential dangers of raspberry ketones. Because they regulate the body’s release of norepinephrine, it causes a spike in body temperature that may also lead to a temporary metabolic increase. Unfortunately, along with raising body temperature, norepinephrine can also raise blood pressure and heart rate. People with diabetes, heart conditions, high blood pressure, COPD, and asthma should all avoid raspberry ketones, which may aggravate the above conditions.

The bottom line on most miracle products touted for weight loss — including raspberry ketones — is that they are gimmicks. I don’t like gimmicks. While so many people would rather buy a supplement rather than change what they eat, there is no “miracle pill” for weight loss, and spending your money on such is, at best, a waste of money. At worst, these pills can have side effects and unregulated ingredients that can harm your health.

The best way to lose weight, keep it off, and be healthy is to eat a diet of whole, natural foods in moderation and get regular exercise. You don’t need to join an expensive gym – you can take a brisk 30 minute walk five days per week or develop a home yoga practice.

While rodent research may appear promising on raspberry ketones, it is far from conclusive. No human studies exist that can back up these claims. Don’t waste your money on a gimmick without proven effectiveness verified by large-scale controlled scientific human studies. 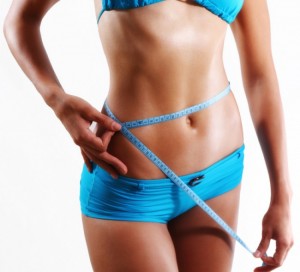 While I understand the desire to lose weight, there is no miracle product that is going to make that happen for you. Losing weight should be part of an overall program for better, more vibrant health. Even if a miracle product could actually help you melt away pounds effortlessly, if you continue to eat processed foods, sugar, and chemicals, then you will see very little improvement in your health. The 30 Day Roadmap to Healthy Weight Loss provides a program that focuses on your good health, with weight control and increased beauty as the inevitable result. Eating whole natural foods and living a healthy lifestyle is the best way to improve how you look and feel.

You can also check out my new course: THE GLOWING LEAN SYSTEM