I’ve been getting a ton of questions about a recent study suggesting organic produce and meats are no more nutritious – and no better for you – than non-organics. Is this true, and does it matter if you choose organic foods over non-organic foods, or are you just wasting your money? Let’s break down the recent news and look at the many reasons why organics actually do, indeed, make a difference. 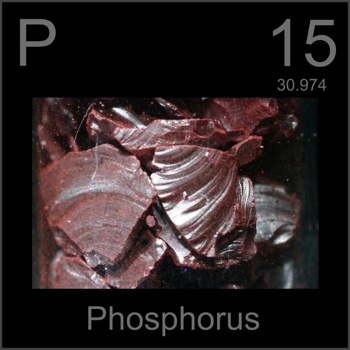 The study was actually a meta-analysis based on a review of existing literature and studies. It contained no new information, even though many media outlets are touting its findings as new and groundbreaking. In the meta-analysis, researchers examined 17 human studies, with three examining clinical outcomes. They also evaluated 223 studies of nutrient and contamination levels in food.

The existing studies contained conflicting conclusions. Some of the studies they reviewed showed organic foods to be more nutritious. After all, organic produce tends to be grown in higher quality, more mineral-rich soil. Others showed it wasn’t.  The net result of the analysis was that organic food and non-organic food was about even nutritionally (that is, in terms of the vitamins and minerals the foods contained), although organic foods did contain higher levels of phosphorus. Phosphorus makes up about 1 percent of human body weight, and is essential for building strong bones and teeth. It is also one of the basic materials found in every cell in the human body, and it helps with energy production, cell growth, and protein synthesis.

Other findings from the meta-analysis include 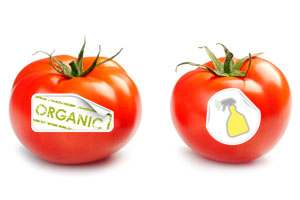 There’s no doubt that the vitamins and minerals in the foods you eat make a difference in your overall health. So even if this meta-analysis showed these levels to be about even, that doesn’t mean that consuming organic foods doesn’t have a more positive effect on your health than non-organics. Beyond nutrition, choosing organic versus non-organic foods affects many aspects of human life and health, including:

I talk a lot about toxicity in the human body in The Beauty Detox Solution. The meta-analysis cited above didn’t dispute that organic foods contained fewer pesticide residues than non-organics, and that’s a big deal. As our bodies fill with toxins from a lifetime of consuming pesticide residues, chemicals, and processed foods, it can slowly begin to function at less than peak capacity. You’ve often heard me give describe that toxic buildup as gunk that clogs the spokes of a wheel until it eventually begins to roll along less smoothly.

While you may notice no immediate effects of pesticide residue consumption, over the long-term your body will function less efficiently. This build-up of toxicity can show up in any number of ways that harm your health and beauty. To name a few:

While pesticides aren’t the only chemical contributing to your overall toxicity, they play a major role.

Conventional farming and ranching has a significant impact on the environment. Use of fungicides, pesticides, and herbicides on plants diminishes soil quality and leads to persistent soil contamination.  Many pesticides currently used in farming are considered persistent organic pollutants (POPs), which build up and multiple in biological entities (including human) with a significant impact on endocrine and reproductive health and immunity. These POPs don’t degrade over time, and spread rapidly through the food chain. Genetic modification is another problem with non-organic produce. The USDA guidelines for organic foods currently permits no genetically modified crops to be labeled as organic. Genetic modification is a relatively recent practice in agriculture – starting in about 1996. Because of this relatively short history, no health studies exist examining the long-term effects of GM foods on humans; however, mammal studies show disturbing trends including adverse effects on kidneys, liver, heart, adrenal glands, and many other organ systems throughout the body.  Choosing organic foods is the only way to know for sure you are not consuming genetically modified foods. There is an economic impact to non-organic farming, as well. Many conventional foods are produced in giant factory farms run by mega-corporations. Small, family farmers cannot compete price-wise with these huge conglomerates, and many have been forced out of business. While many giant, organic factory farms also exist, when you choose locally grown, seasonal, organic produce you are supporting small family farms that were once the backbone of the American economy. These farmers still contribute to local economics, and many engage in environmentally friendly, worker friendly, and sustainable practices. Selecting local organic foods also indicates you are choosing foods that are fresher and in-season, which means they taste better, as well. Purchasing foods from local farmers also decreases the distance food has to go from farm to table, reducing carbon emissions and use of fossil fuels.

You can find local, organic foods at nearby farmers’ markets, produce stands, or by joining a community supported agriculture program.

While many feel the recent meta-analysis fuels the ongoing debate about organic foods, the fact is that organics have far more benefits than the strictly nutritional. Nutrition is extremely important, and organic foods are packed with essential vitamins, nutrients, and enzymes you need for good health.

Of extreme importance, organic foods respect the environment, have fewer toxicity-related health risks, and support local economies. I for one, firmly stand behind the decision to choose organic. I believe you vote with your purchases, and when you choose organic you choose to support a healthy, clean earth, and put healthy, clean produce into you and your family’s bodies.