There are so many women we admire in predominantly male jobs, but for today we’ve narrowed it down to seven in fields like law, technology, and science. These women haven’t shied away from their interests and passions for the sake of gender stereotypes and they’ve done some pretty fantastic things with their skills. Marissa Mayer, President and CEO of Yahoo since 2012, is a pretty prominent name in the tech world. Because she’s a woman in what used to be (and maybe still is, to some) considered a “man’s world,” technology, she’s someone little girls can look up to. If they’re more interested in computers than fashion or baking (not that there’s anything wrong with an interest in fashion or baking as long as it’s truly something you love, not something you default to because you’re female), they have someone to look up to in Mayer.

Most people probably know her because of her title at Yahoo, but she was actually the 20th employee and the first female engineer at Google when it was first getting started. She’s responsible for a lot of the design elements of the home page and stayed there for over ten years.

We love that she didn’t shut off her interest in math and science as a little girl, and appreciate the strong force and influence she is in the world of tech. Sonia Sotomayor is not only a female serving as a judge in the Supreme Court, she’s also the first Latina Supreme Court judge. Sotomayor’s interest in becoming a judge was sparked during childhood, and she worked extremely hard to make her dreams happen. Her father died when she was nine years old, and her mother pushed Sonia and her sibling to be diligent in school, emphasizing their education and their fluency in the English language (her parents were of Puerto Rican descent). She was successful in school, and she ended up graduating from Princeton in 1976 and Yale Law in 1979.

In 1992, she was appointed to the U.S. District Court (she was their youngest judge), then moved up to the U.S. Second Circuit Court of Appeals in 1998. In 2009, she became a Supreme Court Justice.

We love Sotomayor because she was able to stay true to who she felt she was meant to become. Mary Lou Jepsen is another woman in a high-tech job. She’s the Head of the Display Division at Google X, the co-founder of One Laptop per Child (which is currently working on a $100 laptop model), and founder and former CEO of Pixel Qi Corp. Her website says she’s written over 100 scientific papers, has more than 50 patents issued worldwide, has been ranked as one of the top 50 female computer scientists of all time by the Anita Borg Institute, and was on TIME’s list of the 100 most influential people in the world. Quite the impressive list of accomplishments!

Mary Lou Jepsen explains in an article in The New York Times how she decided back in 1978, when she was 13 years old, that she wanted to do meaningful work because she wasn’t sure she’d live a long life. After years of being sick and misdiagnosed, doctors found a brain tumor that had affected her pituitary gland and hormones. The tumor was removed, but replacing that hormone function proved tricky, and she requires daily hormone medication to stay alive, something it’s often a battle to get.

Even while struggling with getting the medications right–or getting them at all–she was able to see her career take off (she even earned her Ph.D and co-found her first technology start-up, MicroDisplay, less than a year after surgery). She takes her vision and turns it into a reality that can benefit other people, not hindered by her personal hurdles. One Laptop per Child and the environmentally friendly laptop design alone could boost children’s education worldwide. 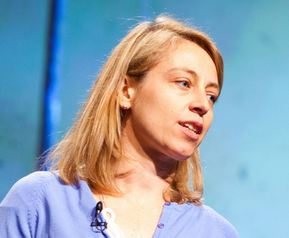 Krista Donaldson is the CEO of D-Rev, a non-profit product development company that creates products that can then be sent to people who live on less than $4/day. Under Donaldson’s leadership, Brilliance technology (to treat newborns with jaundice) and ReMotion (an inexpensive prosthetic knee) have come into existence. The company looks for ways to increase the income or improve the health of those living on very little per day, and then they determine a way to get those products into their hands.

Donaldson has worked in some of the places she’s trying to help over the years, like Myanmar, Kenya, South Africa, and even Iraq during the war (in 2004-2005, she worked there with the U.S. Department of State). We mentioned Amy Cuddy’s TED talk on body language and power poses in another post, so we felt like she definitely deserved a place on this list. Cuddy overcame a head injury that took her IQ down two standard deviations, but she worked hard to regain what she’d lost and was able to graduate from Princeton, then become a Harvard researcher and professor.

TIME called her a “Game Changer,” and her work has been discussed in places like CNN, The New York Times, MSNBC, Scientific American Mind, The Wall Street Journal, and Harvard Business Review.

She’s well-known for her research on stereotyping and discrimination, emotions, power, and how we communicate with others (and even ourselves) using non-verbal cues. For little girls (or even grown women!) interested in space, Lucianne Walkowicz is quite a role model. She studies the stars and their energy, and how their energy may affect other planets around them (plus whether those planets could ever be habitable).

She uses NASA’s Kepler Telescope mission to conduct her research. It’s able to scan 150,000 stars in a half hour, and she’s actually found 50 planets that are similar to earth. One of the things she’s most passionate about is protecting the dark night sky from light pollution.

Walkowicz got an early start, beginning her research at 17 after years of intense interest in the natural world. 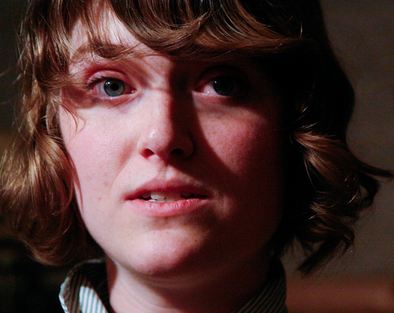 Amber Case has a pretty fun-sounding job title, but you may be wondering what exactly a “cyborg anthropologist” is. She studies the relationship between humans and technology. She compared cell phones to babies and mentioned how our mental state’s even tied to the speed of our Internet connection in a National Geographic interview. Her childhood interest in technology, science and math collided with a new field–cyborg anthropology–when she was in ninth grade. It held her interest then and into adulthood because of its combination of several fields she loved and she’s found her calling in this study of technology and humanity and how they become interwoven.

In addition, she’s the founder of Geoloqi, Inc., which allows an app to know where you and your phone are and then send you personalized, appropriately timed messages. For example, if you’re on the hunt for the perfect house and have the criteria listed in your phone, Geoloqi will alert you when you’re near real estate that matches your criteria. It can also send you coupons when you’re near certain stores. Smart!

The Future of These Admirable Women and Those They Inspire

We can’t wait to see what these women we admire in predominantly male jobs will do in the future. Hopefully, no matter what, they’ll inspire the future generations to stay true to themselves and their callings, regardless of the field. Let’s continue to blur those lines between “jobs for men” and “jobs for women,” focusing more on the love we can spread and the good individuals can do when they follow their dreams and realize their goals.