Could "Over-Sleeping" Make You More Beautiful? We’ve covered sleep before, but I’m excited because I’ve recently come across some very intriguing information about sleep that I think you’ll want to know.

As you’ll soon see, “over sleeping” — which was traditional recognized as detrimental — may actually bring tremendous anti-aging and beauty benefits!

So let’s jump right in…

Why We Need Sleep

Our bodies’ need for sleep has always fascinated me. The great yoga guru Paramahansa Yogananda talks about how going to sleep reminds us of our deeper consciousness, and that awakening every morning can be seen as a rebirth. It’s a beautiful thought. From a scientific perspective, there are a variety of interesting theories that I think may help us understand why sleep is part of nature. You can read about them in more depth right here:

This theory speculates that sleep developed as part of evolution. Namely, that we learned to sleep and be “inactive” at night, in order to keep out of harm’s way and avoid potential predators. The idea is that animals who were still and quiet during this period were more likely to survive than those who were out and about.

This one says that energy is scarce, and sleep is nature’s way of helping us reduce our energy demands, especially at times (night) when food will be more scarce or difficult to obtain. Research has shown that energy metabolism, including temperature and need for calories, is lower during sleep.

This third type of theory focuses on the idea that during sleep, our body is able to “restore” and rejuvenate any damage or issues within our body. Other functions shut down, so that our body is able to devote more and more energy toward healing and repairing whatever the body needs to work on. Some of the research we’ll cover in a moment, especially about the aging and health breakdown that occurs when we lack sleep, seem to support this theory.

I think I agree with this theory most, perhaps because I’ve seen such a difference in health and healing when the body expends less energy on food digestion. It makes perfect sense to me that the body would be able focus on repair while its primary functions (movement, sight, discerning sounds, digestion [though some does still occur in the night], conscious thought and problem-solving) are all dormant.

Overall, there’s probably some truth to all theories, and hopefully they give you an idea for why your body needs sleep.

Isn’t it great that something we all love is so good for us? While some of us have to be reprogrammed to love greens or almond milk, most all of us love to snuggle and snooze. I know I do, especially in my amazingly comfortable bed here in Florida. It feels like a spa! Now, let’s talk about how long you should be sleeping. Recently, there was a resurfacing of a 2002 study that included over a million participants and found that people who slept 6.5 to 7.4 hours had the lowest rates of mortality. Those who slept either less than 4 hours, or greater than 8 hours, had much high mortality rates.

There’s just one little problem with this study: it was performed on cancer patients, which by itself is not discrediting — however, it could very well mean that those who were already dealing with cancer slept more or less.

In other words, the lack or excess sleep might have been a symptom of the patients with illness, not necessarily the cause! This is one reason why you have to look at studies very carefully.

According to Dr. Daniel Kripke, a professor of psychiatry at the University of California in San Diego:

”We don’t know if long sleep periods lead to death. Additional studies are needed to determine if setting your alarm clock earlier will actually improve your health.”

What’s sad is so many publications took this research and basically published that we only need 7 hours of sleep as a fact, despite the lead researcher not even coming to that conclusion!

Could More Be Better?

One group of people the 7-hour “rule” certainly does NOT apply to is athletes.

Let me give you an example. Stanford University is home to one of the best sleep research departments in the world. Now, college students, especially those busy playing sports at a challenging academic institution, are notorious for not getting enough sleep. All too often, they were getting sleep in the 6-7 hour range.

However, they recently created an experiment where the players slept 10 hours a night for a five to seven week period. The results were mind-blowing! It was almost as though they had been taking performance enhancing drugs. Their speed, accuracy, physical, mental and emotional well being were all measurably better.

Lending credence to the “restorative theory we covered a moment ago, an article published on Harvard Medical School’s site explains that major restorative functions “like muscle growth, tissue repair, protein synthesis, and growth hormone release occur mostly, or in some cases only, during sleep.”

How Athletes Win Their Competitions… By Getting more Zzzz!

As I began to research more and more athletes and their quantity of sleep, I was pretty stunned. Many of the most elite performers sleep over ten hours per day — some up to twelve!

Here are some examples:

And here are some interesting facts about sleep and performance:

Of course, you might be thinking — “Okay, but these are athletes who train hard for many hours each day, of course they need more sleep!” That’s true.

Perhaps you think that getting 10 hours would be “oversleeping” for you.

Well, let me just say that there is a growing body of researchers who don’t believe there is such a thing as oversleeping. For instance, University of Pennsylvania M.D., Dr. Sigrid Veasey, puts it bluntly: “You can never get ‘too much’ sleep. When you have had enough sleep you will wake up.” 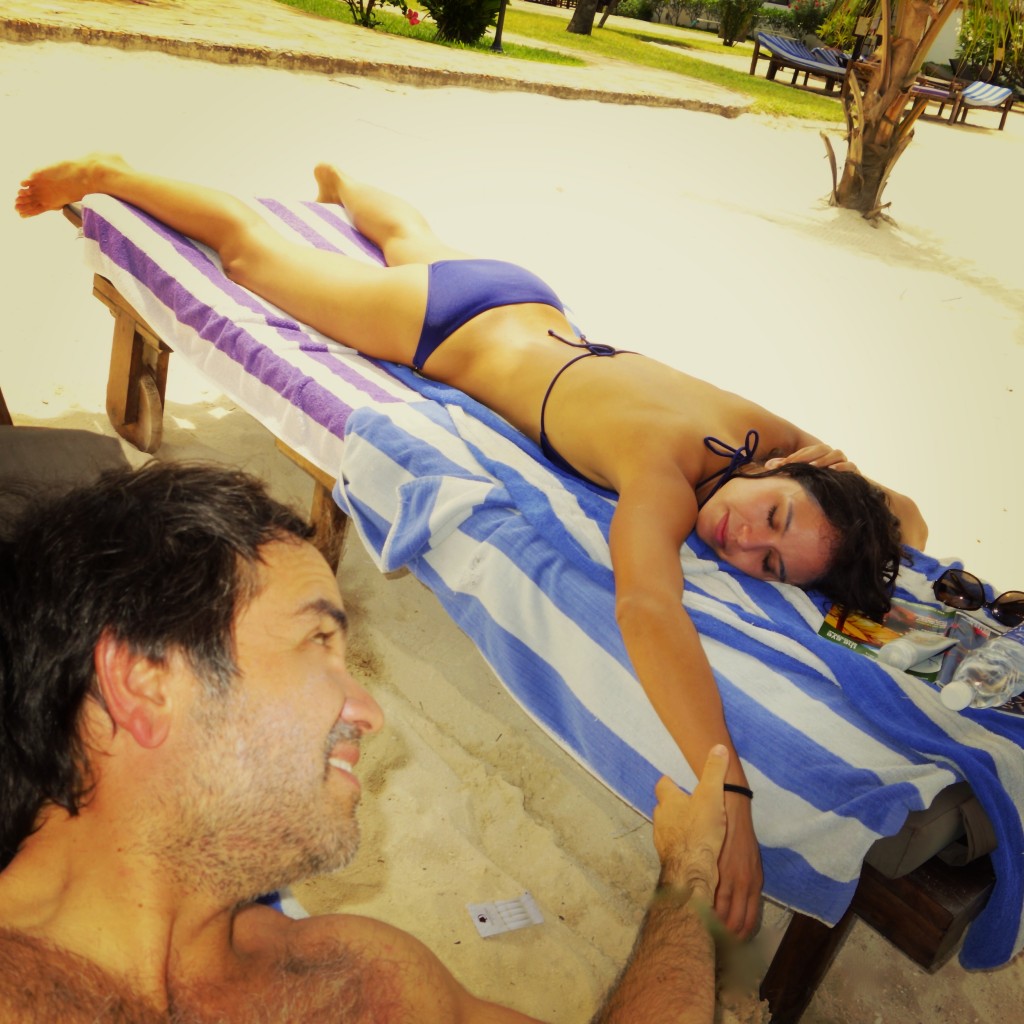 The Connection Between Adequate Sleep and Beauty

To this point, we’ve discussed our bodies’ overall need for sleep, and how research around athletes is perhaps helping us understanding why more might be better, at least in many cases.

Now, let’s look at some research directly connected to beauty. While you might not be an Olympic athlete, here is the connection we ALL care about.

Using the Pittsburgh Sleep Quality Index, which accounts for sleep length and overall quality, the researchers examined 60 pre-menopausal women between the ages of 30 and 49. Half of participants fell into the poor quality sleep category.

Clearly, sleep quality is very important. Yet, this research and the next study I introduce you to seem to say more and more that eight plus hours might be ideal for you — especially if you work out, work long hours or have higher stress levels.

Unfortunately, when many people get busy or stressed, they often get LESS sleep — which is the worst thing you can do. This can lead to long-term sleep deprivation, which is one of the biggest enemies of beauty imaginable.

A study at the University of Stockholm, Sweden examined human subjects in two distinct scenarios:

They found that sleep deprivation produced visible signs of aging, including:

I’m with you, in thinking to yourself as you read this list, No thank you!

I think this and the previous study lead to a pretty definite conclusion: Sleep is critical for optimum beauty — and that includes both adequate quality and quantity.

3 Tips to Learn Your Body’s Unique Need for Sleep 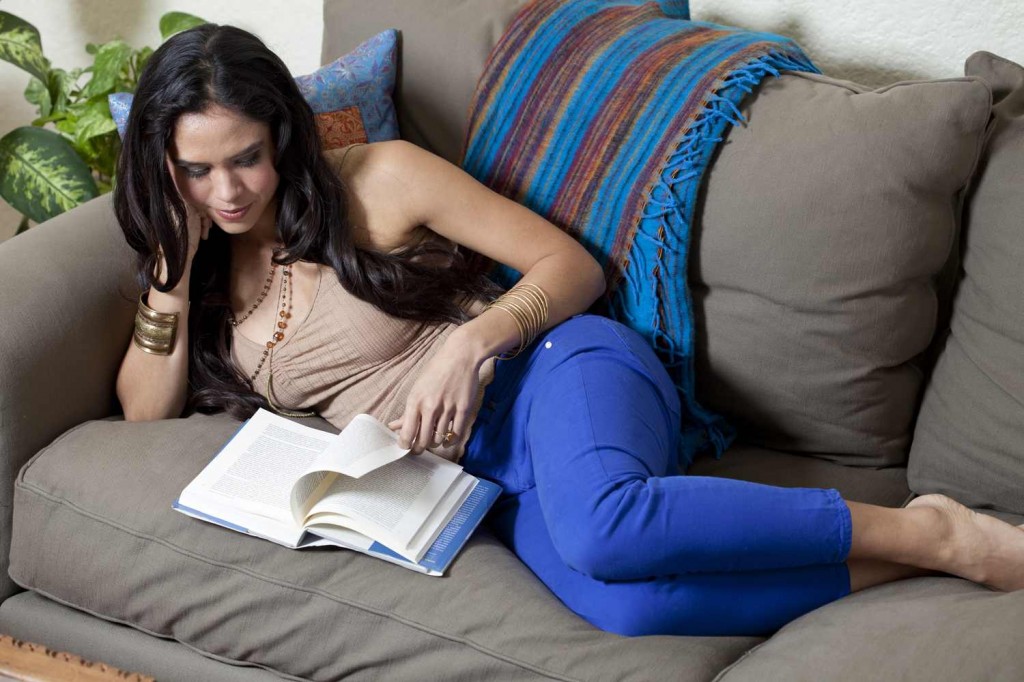 Now, let me give you a few tips along with some insight about how you can learn your body’s unique sleep needs. First, let’s start off with fundamentals.

I have some more tips, but I’m going to save some of those for a course that I have planned for next month, free as we launch the pre-sales of the next Beauty Detox book! 😉

Last note: Whether you need 8, 9 or 10 hours will be totally up to you and your ability to listen to your body. Do your best to raise the quality of your sleep, track the number of hours you get, and then assess whether you feel truly rested in the morning.

If 7-8 hours doesn’t cause you to feel your best, you may need more. It’s important, so you may have to modify parts of your life, and cut out unnecessary evening activities, like TV, as I have. I was never a big TV watcher, but a half hour or a hour here and there can keep you from going to bed earlier, so you have to make conscious choices.

With time and self-awareness, you’ll learn to recognize the rough amount of hours you need each night — and you can set up your routine to support that.

I hope you enjoyed this little sleep odyssey we took together today, and I look forward to sharing more info with you soon.

Here’s to some wonderful, quality beauty sleep for you and all!