How to Get More Energy without Coffee or Energy Drinks Everyone needs a little pick-me-up from time to time. Whether it is coffee, caffeinated soda, or energy drinks, people turn to caffeine in growing numbers to give them a boost. Caffeine use has soared in the United States. In fact, an issue of New Scientist reported that about 90 percent of North Americans say they use some form of caffeine every day.

Even more surprising, a University of Nebraska Medical Center survey reported that 75 percent of the children surveyed reported daily caffeine use. Are we raising kids to be caffeine addicts from the start?

Caffeine is physically and psychologically addictive. The Johns Hopkins Medical Center reports withdrawal symptoms that include headaches, fatigue, flu-like symptoms, depression and irritability, and difficulty concentrating, which can occur in people consuming as little as a single cup of coffee every day.

Along with withdrawal symptoms, caffeine causes other physical issues including dehydration, jitteriness, and stomach problems. 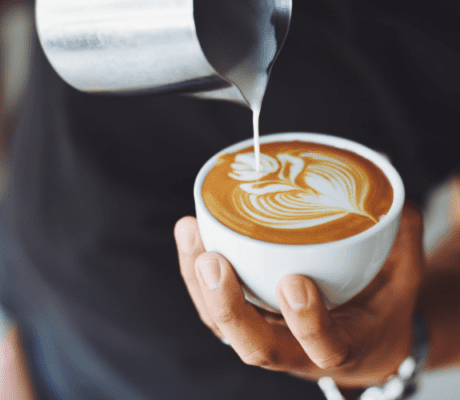 You Won’t Be Needing Caffeine For Energy

It’s clear to me that America needs to cut back on caffeine, but I know how difficult it can be to do so. Along with physical symptoms of withdrawal, people have come to rely on its energy-boosting benefits to get through the day. Caffeine is a form of artificial energy; it’s basically a drug.

For those of you who feel that way, I’ve got great news. You can boost your energy naturally, without caffeine, to nurture and support your body.

1. Cut out the caffeine:

The first step to increasing your natural energy levels is removing the artificial boost you get from caffeine. If you’re among the 90 percent of North Americans that drink caffeine daily, there’s a good chance you will experience some withdrawal symptoms when you do.

The more caffeine you consume, the more severe those symptoms may be. While that sounds unpleasant, if you take a long-term view of your health, then that uncomfortable week can serve as a means to an end. A week of discomfort can lead to a lifetime of better health, and that sounds totally worth it to me.

You’ll see in time that your coffee drinking was just a habit- and you are stronger than your habits. 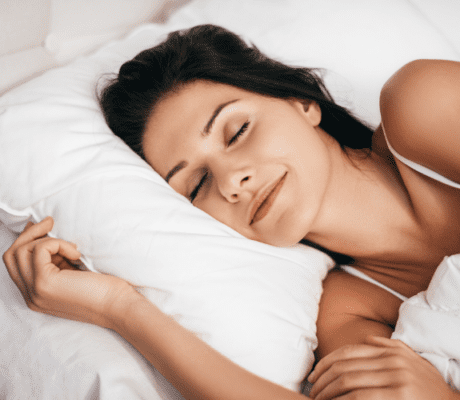 It’s true! You may be lacking in energy because you’re not sleeping enough.

The National Sleep Foundation reports that about 63 percent of adults don’t get enough sleep. The average adult gets less than seven hours of sleep per night. Lack of sleep is associated with reduced energy, poor cognitive function, and increased risks of serious health complications.

If you are among the sleep-deprived, caffeine actually worsens this effect.

3. Start your day with a Glowing Green Smoothie

The Glowing Green Smoothie is a natural energy booster. It is packed with vitamins and minerals, and it doesn’t weigh down your digestive system by sapping your energy to digest heavy foods. The GGS is the best way I know to get your day off to the right energetic start.

I have many clients who have cut coffee out or WAY back just from consuming the GGS regularly in the mornings. While many people turn to sugar for an energy kick, it can actually zap your energy. Instead, eat foods that contain beneficial nutrients and complex carbohydrates, which burn slowly to provide great energy without weighing you down. Try super grains like quinoa and millet, a handful of nuts, and eat plenty of colorful vegetables.

Get the most out of your food by incorporating digestive enzymes and probiotics to your routine.

I know how hard it can be to motivate yourself to exercise, especially when you’re tired. Still, engaging in physical activity can boost energy levels more than stimulants like caffeine. Take a brisk, 30-minute walk early in the day to wake up your body and boost your energy all day long.

Sometimes I just take mini yoga breaks from my computer and my clients. I just do a few poses for 10 minutes at a time on my living room floor. It really helps!

When you are chronically stressed, your body releases hormones and chemicals that affect nearly all of your systems. While initially, stress may appear to give you a burst of energy via the fight or flight response, as it progresses, stress actually zaps you of energy and produces a host of physical issues including reduced immunity, weight gain, poor blood sugar control, and digestive problems.

Stress control is important for energy. It’s a stressful world, but there are strategies that help you cope. I love coconut oil! Not only does it beautify you from the inside out, but it contains medium-chain fatty acids that supply long-lasting, immediate energy. Coconut oil also supports thyroid function, which can provide a significant energy boost. When I cook with oils, coconut oil is the only one I use.

Cacao is known for being an excellent health food. Since you can get coca from dark chocolate, pure cacao, or ceremonial-grade cacao, you’ll get more of the benefits, the closer you get to the prime product.

Cacao contains theobromine, which provides energy and acts as a stimulant, but without affecting your central nervous system like caffeine. It’s also non-addictive, because it breaks down in the body twice as slow as caffeine.

Some (not all) cacao varieties have caffeine naturally occurring, but at a fraction of the levels of a cup of coffee.

There’s no need to rely on caffeine to give you energy. By following my tips and recommendations above, you’ll be able to supercharge your energy without a cup of coffee or energy drink, and your health will benefit in the process.