How to Deal with Children’s ADHD According to the Centers for Disease Control and Prevention (CDC), parent reporting shows that about 9.5 percent of school children between the ages of four and 17 have been diagnosed with Attention Deficit Hyperactivity Disorder (ADHD), and that number is on the rise. Between 2003 and 2007, the percentage of parent-reported ADHD diagnoses rose 23 percent. The most (alarmingly) common type of treatment for ADHD is prescription medication, often forms of amphetamine such as Adderall or Dexadrine. It seems these prescriptions are given out as casually as a toll attendant handing out tickets marking where you get on a highway. Unfortunately, stimulants have a very real and often harmful impact on the human body, yet they are prescribed in children as young as three years old. What Is ADHD? ADHD is a childhood behavioral disorder characterized by several symptoms such as:

Kids commonly diagnosed with ADHD may get bored with activities easily, have trouble focusing in school, or engage in disruptive behaviors. While ADHD is a defined diagnosis that appears in the Diagnostic and Statistical Manual of Mental Disorders, many experts feel that the behaviors listed for diagnoses are normal childhood behaviors that may be disruptive in the classroom. In other words, some experts feel another name for the ADHD diagnosis is this: childhood. Are We Medicating Childhood? 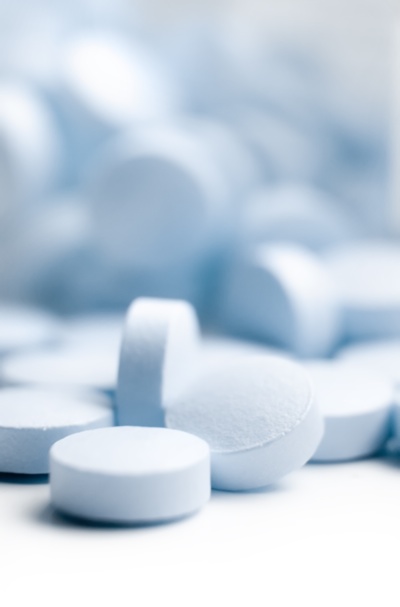 According to psychiatrist Peter R. Breggin, diagnosing ADHD allows adults to drug children into behavioral compliance so they stop seeking the true cause of a child’s behavioral issues. The prescribed stimulants suppress a child’s naturally spontaneity, making his or her behavior more palatable for adults. The first suggestion of ADHD often comes in the classroom, where teachers compare students’ behaviors and determine that some children are unable to exhibit the behaviors necessary for classroom management and learning. For example, a child who fidgets and is unable to sit still or not interrupt in a classroom setting may be referred for ADHD evaluation. Once the ball is rolling, teachers, caregivers, and parents work with a physician to evaluate a child’s behavioral patterns in order to reach a determination of ADHD. Interestingly, a 2010 study in the Journal of Health Economics showed that the youngest and most developmentally immature children in a grade (those born within a month or so of their school’s cutoff date for kindergarten eligibility) are much more likely to be referred for ADHD evaluation than the oldest and most developmentally mature in the class. In fact, the study went on to show that the youngest children in fifth and eighth grade classes were almost two times as likely to be taking stimulants prescribed to treat ADHD. This is a disturbing statistic for many reasons. Imagine you have a child who is born in August and therefore makes the kindergarten cutoff just under the wire. When you put him in kindergarten, he is already nearly a year behind some of his classmates both in age and mental/emotional/physical development. A kindergarten teacher, however, must work with a classroom of children with a range of ages and therefore evaluates your son based on his older and more developmentally accomplished peers because, after all, they are the “same age.” There is a big developmental difference from a four year old to a five year old, and a five year old to a six year old – yet in a typical kindergarten class, the teacher has lumped children within this age range into the same developmental category. Your young child may indeed fidget more and have more difficulty concentrating than his peers who are now nearly six. Unfortunately, in overcrowded classrooms, this can be seen as disruptive behavior, and the teacher just may suggest your child receive an ADHD evaluation, when in fact his behavior is based on nothing more than his age relative to his classroom peers. When some parents hear ADHD from a teacher, confirmation bias can kick in. Suddenly, their child’s very normal behaviors may seem disordered instead of normal. If the parent, teacher, and physician all agree this equals an ADHD diagnosis, then that child has been given a label that will follow him from teacher to teacher, year to year, and school to school even though all that may have been wrong was that he was younger than the other children in his grade. Misdiagnosis? This type of scenario may account for as many as 20 percent of kids on medication for ADHD being misdiagnosed. That’s not to say that ADHD doesn’t exist and that some children don’t exhibit behaviors that fall outside of the norm. However, ADHD is a collection of symptoms, and there currently exists no objective physical test to determine ADHD.  Instead, its diagnosis is based on objective observation of symptoms and behaviors such as fidgeting, difficulty waiting to take turns, and being constantly “on the go.” I believe that a child’s diet could also account for a number of the symptoms of ADHD.  Some of the culprits include:

Outside of physical factors, mental and emotional factors may also cause a child to act out, such as difficulty at home, bullying at school, and social anxiety. Is Medication the Answer? ADHD medications are extremely potent stimulants with a host of side effects and long-term effects. While these medications are effective in many cases, there’s a good chance that doctors medicate too quickly and too often.  I believe medication should be the very last method used to treat ADHD and not the first. Instead, parents, teachers, and physicians should explore other avenues of treatment including improving the diet, decreasing environmental toxins, and engaging kids in traditional behavioral and emotional therapies. Diet and Environmental Tips If your child has been diagnosed with ADHD and you are strongly opposed to going the medication route, try altering your child’s diet and environment, first.

An ADHD label is one that can follow a child throughout their education, affecting how they are treated and how they view themselves. Physically, the long-term use of prescription medication can lead to difficulties, as well. Instead, think of foods for energy, utilizing farm fresh ingredients bought at farmers markets and local farms. If your child’s teacher suggests you have him or her evaluated for ADHD, educate yourselves about all aspects of this condition in order to provide the most informed advocacy possible for your child.