The United States imports more of its food than ever from all over the world, but it’s important to eat local food when you can. “Local” or “regional” food is generally accepted to be produce that’s grown up to 100-250 miles from where the consumer lives, and today we’re sharing 7 reasons to eat local food, plus a little bit of background on where a lot of the country’s fresh produce comes from.

Where America Gets Its Produce

The National Resources Defense Council states that as of 2007, each meal consumed in the United States had ingredients from at least five different countries, on average. Here’s a brief rundown from that report of some of the foods that are often flown into the United States from other countries (they’re not exotic!):

Fresh vegetables mostly came (and still come) to the United States from Mexico (65 percent of fresh vegetable imports came from Mexico between 2004 and 2006, and 19 percent came from Canada). The three biggest vegetable imports for the United States are tomatoes, peppers, and cucumbers—things you can easily grow at home with limited space. Check out the Urban Organic Gardener for information on growing cucumbers vertically to maximize space.

Oh, where to begin! There are so many reasons to eat local, in-season produce, and flavor alone (once you get a taste) will probably be enough to convince you. Your taste buds will be able to tell the difference between a tomato picked off the vine yesterday and one that was picked early and shipped to a grocery store. It’s the same with any produce. When you buy local, the produce was picked when it was ripe, so it’s bursting with flavor and at the peak of its delicious potential. When food’s shipped from somewhere else, it has to be picked too early because if it was picked when it was ripe, then packed up, shipped, and stocked in the produce section, the result would be a lot of wilted, rotten produce before it even made it to the consumers.

Not only does food from afar lose flavor, it loses nutrition during the transit process. Some plants can only fully ripen and gain their maximum nutritional benefit while on the plant, so picking them early deprives them—and ultimately, you—of some of their vitamins and minerals. Some of the things that boost durability and high crop yield diminish the nutritional value of the produce. The sooner food can get from the farm to your plate, the better for your health.

You Get to Ask Questions

If you’re at a farmers’ market, you have the opportunity to quiz the people who grow your food. Curious about their growing methods? Want to try a new variety? Being face to face with your farmers allows you to really get to know where your food comes from—much more than the sticker on your pear that simply says “Argentina” ever would.

You can also branch out and explore new varieties of produce that your regular grocery store wouldn’t stock. You can talk to the farmers about the taste, the texture, and maybe even how to use something new in a dish (they’re probably full of good ideas from talking to people just like you who have come back and shared their recipes!). 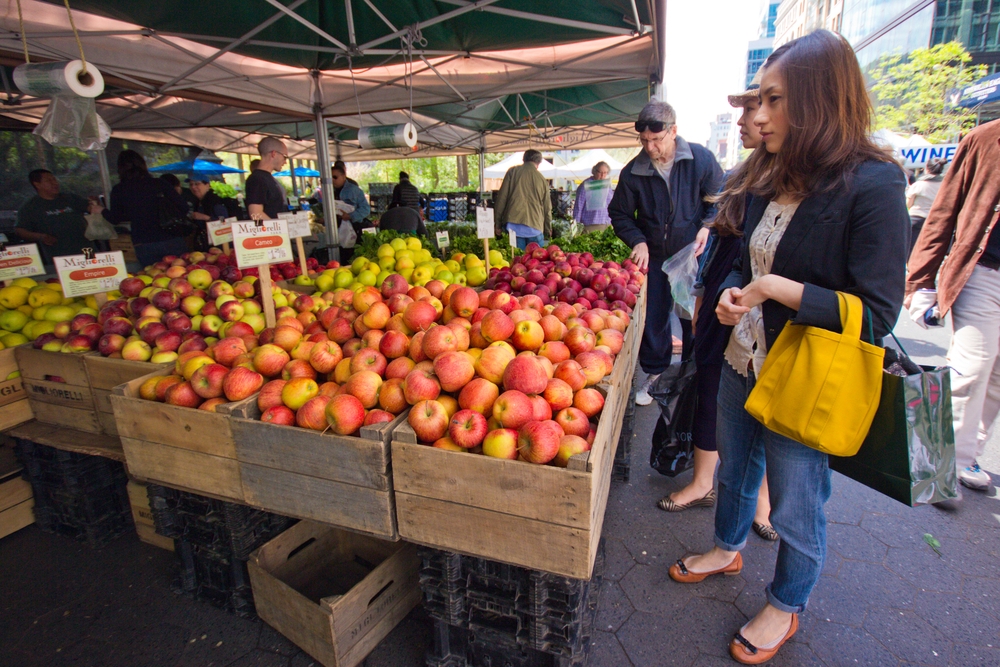 Think of what a truck full of food has to go through to get from one side of the country, or another country completely, to your store. What was on the truck before the foods you’ll be eating raw? Could bacteria be transferred from one crop to another? Absolutely. It’s happened many times.

Also, if there’s an outbreak of E. coli, for example, and you know where it originated and which farm your food came from, you’ll know whether you should throw your produce out and waste the money or if it’s safe to eat.

People often talk about supporting small businesses so they can thrive in their communities, but they overlook the farmers. Supporting the little guy keeps them in business, takes a little support away from the process of having food shipped all over the world to big grocery stores, and the farmers may get to keep more of the money you spend with them. You may even find that you’re able to get higher quality produce for less.

The idea of being able to get almost any type of produce you want, whenever you want it, sounds like a great idea until you consider all of the air pollution that has to happen in order to stock the produce bins with fruit from around the world. It’s so much better for the environment when you shop and eat locally grown foods.

With all of the produce and ingredients being imported from other countries or moved hundreds of miles across the United States, it goes without saying that there’s an environmental price to pay for the luxury of having whatever you’re craving, whether it’s in season and local or not.

Airplanes and ships produce greenhouse emissions that contribute to climate change and global warming. The pollution the amount of produce movement we do internationally can cause health issues thanks to poor air quality. The National Resources Defense Council’s 2007 report mentioned above says, “Approximately 950 cases of asthma, 16,870 missed school days, 43 hospital admissions, and 37 premature deaths could be attributed to the worsened air quality from food imports, according to freight transport-related projections by the California Air Resources Board.” That’s just in California.

Keep Green Space in Your Area

Really, 7 reasons to eat local only begin to scratch the surface on the benefits of local, seasonal foods. Enjoy adding more flavor into your diet while doing a wonderful thing for your body, the farmers, and the planet.