7 Healthy Food Alternatives for Your Kids Feeding your kids can be a real challenge. Finding foods for energy that are both nutritious and kid-friendly is a task, and it’s easy for moms and dads to give in to selecting foods that are less than healthy, to give in to finicky eaters!

Feeding your children healthy foods is important, however. In fact, it’s too important to just give in to what is easy. The CDC’s statistics on childhood obesity are pretty grim. In 1980, kids aged 6 to 11 years had an obesity prevalence of about 7 percent. Today, that number is nearly 20 percent. Likewise, kids between the ages of 12 and 18 have an 18 percent obesity prevalence, and many of those kids are morbidly obese. What’s causing it and what are the effects?

I strongly believe that the standard American diet is the cause of obesity in our kids. Today’s foods that are marketed towards kids are salty, fat-laden, sugary, chemical brews that bear very little resemblance to the foods kids ate 20 years ago. In the past few decades, ingredients like high-fructose corn syrup have become nearly ubiquitous in foods targeted at kids and adults. If you judiciously read ingredient labels, you’ll be surprised to find just how many products contain HFCS, which has been linked in several studies to obesity, fatty liver disease, and other health problems. Likewise, inactivity may also be contributing to the obesity epidemic. When I was a child, I spent my time building forts in the woods next to my parents house and playing lots of different ball games. Today, you’re more likely to see kids wired into computers, ipads, television, and video games instead of spending time getting healthy exercise and play.

I’ve heard parents say, “So my child is a little chubby. They seem pretty healthy otherwise, so what’s the harm?”

Truthfully, there’s a lot of harm in long-term obesity that begins in childhood. Some of the effects include: 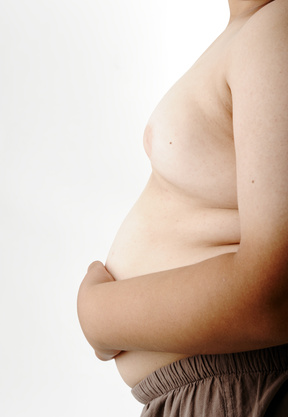 Clearly helping your child develop habits that will allow them to live long and healthy life is essential. I’ve also read that it takes an average of 8-15 times for a child to adopt a new food, whereas most parents give up after offering a new food to their child after 5 times. As a parent, you have a lot of influence on the choices your child makes, because you control their environment. Let’s take a look at some surprisingly unhealthy foods for kids and better choices you can help them make. 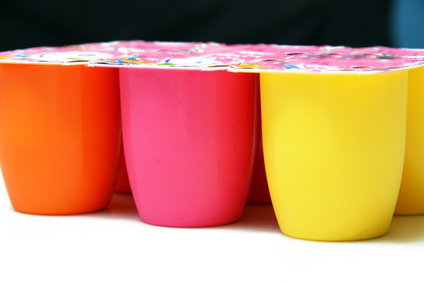 If you read The Beauty Detox Solution, you’ll know I am a fan of organic, whole-grain oat groats. So how bad can instant oatmeal be? After all, it’s oats and it’s really quick and easy to make. Surely it must be better than sugary kids’ cereals.

You’d be surprised! Instant oatmeal tends to be just as high in sugar as other cereals marketed to kids – sometimes as high as 12 grams of sugar per serving in certain flavors like maple. Additionally, some instant oats may be contaminated with gluten during manufacturing. If your child is gluten sensitive (and may are), then this can cause a real problem. Many parents offer their kids fruit juice as a healthier alternative to soda. Package labeling may also make promises like “100% of….” or “all-natural.” These labels can mislead parents into believing they are offering their kids a healthy beverage when actually what they are giving them is sugar, high-fructose corn syrup, artificial sweeteners, and other chemicals. The label may not supply much help when you read them, and in reality, you may be giving your children nothing more than sweetened vitamin-enhanced water. Likewise, juice lacks the fiber that whole fruit contains.

A better choice: Coconut water (has sugar, but at least is a more natural alternative, especially if they are active. You can wean down portion sizes over time), fresh homemade lemonade, herbal iced tea with stevia, or whole fruit, sliced and wrapped to prevent oxidation. Also, start getting them used to just drinking plain water! Fish has the reputation for being a lot healthier than other foods like chicken nuggets or beef, but is it really? Fish sticks are often breaded, full of GMO corn bi-products, deep fat-fried, and full of chemicals. In fact, many even contain HFCS and other artificial ingredients that can contribute to obesity. They may also be made from cuts of fish contaminated with PCBs and other contaminants frequently found in fish. This is a very popular kid food, and parents think it’s pretty healthy since it contains nuts. Peanuts are, in fact, legumes and not nuts. Non-organic peanuts are one of the most pesticide saturated foods in the Western diet. Peanuts are also especially prone to developing fungi (up to 24 types according to one study!) and toxic mold. One strain commonly found in peanuts is aflatoxin, which is a chemical carcinogen 20 times more toxic than DDT. Is that really what you want to be feeding your kids? I also noticed on a commercial peanut butter brand that a guest brought into my clients’ home recently there was trans fats included in the ingredient list (!). That is equally frightening, but another discussion altogether.

A better choice: Almond butter! Make almond butter bugs on a log over celery with raisins. Parents worried about their kids’ weight often offer rice cakes as snacks. Made from white rice, there is very little nutritional value in these snacks, so although low in calories rice cakes contain empty calories that won’t fill kids up. It’s just like giving them a puck-shaped mound of carbs. This often means that shortly after having a “healthy” rice cake snack, they’ll be on the hunt for something more satisfying.

A better choice: Gluten-free crackers or some raw almonds. 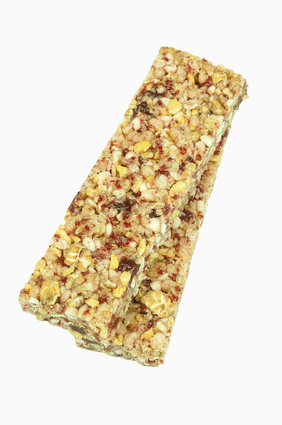 Read the label of breakfast or granola bars and you’re likely to discover the first ingredient is “enriched flour.” Next usually comes the ubiquitous sugar, listed in all its different alias, or HFCS, and you’ll often find other chemicals as well. While these foods appear to be healthy, they are actually filled with empty calories that make hunger return in about an hour. You’ll save calories by providing your child a real meal that fills them up first thing in the morning.

A better choice: Glowing Green Smoothies with some extra banana to give it a yummy, kid-friendly flavor. I give the GGS to so many of my client’s kids! About 25 minutes later, give them some almonds to snack on, some steel-cut oatmeal (as discussed above) or some millet bread toast.

Finally, I want to conclude with pointing out that it is crucial to lead by example. Your kids won’t really get healthier until you make healthier choices yourself. Make the commitment as a family to make better food choices.

Only stock the home with healthy choices. Your kids might throw a hissy fit at first, demanding, “Where is my Captain Crunch?!” or “I don’t like that kind of oatmeal. I won’t eat it” or even just giving you the silent treatment and pushing away new food. Don’t worry, they won’t starve to death. In time, they have to eat something, and if all you have in the house is the healthy food they will have to try it. Plus they’ll see Mommy and Daddy eating it and commenting on how good it makes them feel. You may not be able to control all the food they eat at school or when they’re out with their friends, but at least you know they’re getting the good stuff at home.