7 Foods You Should Never, Ever Eat If you’re reading this blog, there’s a really good chance you’ve made the choice to improve your health, or at the very least, you’re considering doing so. Congratulations and good for you! You’ve taken the first step towards being healthier and more beautiful. In The Beauty Detox Solution, I outline a dietary plan that will allow you to achieve your best health. Still, it’s easy to be tempted by all kinds of foods that promise convenience, health, or great taste. And it’s okay to indulge every once in a while, provided you don’t make it a habit. Still, certain foods rise above others in terms of negative health consequences (why is my stool green, many ask me).

Here are seven of the top offenders and why you should never eat them. I talk a lot about agave, and it is one of the items I am most frequently asked about. Many people believe agave is a “healthy” sweetener because it is “natural” and  marketed as being low-glycemic.  In fact, agave is a highly processed sweetener. The chemical process for manufacturing agave nectar is nearly the same as the corn refiners using in making high-fructose corn syrup from corn starch. Using the agave glucose and inulin found in the plant’s roots, manufacturers subject it to a chemical enzymatic (using genetically modified enzymes) process that converts it into nearly pure fructose (70 percent or higher). Considering that HFCS contains only 55 percent fructose and it is currently wreaking havoc on Americans’ health, imagine what agave will do.

In the tiny amounts contained in fruit, fructose doesn’t cause much of a problem in the human body. In the large, concentrated amounts you find in agave, however, it can cause real health problems. That’s because the gastrointestinal tract doesn’t absorb fructose readily, so it goes straight to your liver. This places an overwhelming load on your liver, which can lead to scarring and development of triglycerides. It doesn’t stimulate the hormones that indicate satiety or fullness, so you can continue to eat it in large amounts. Fructose has also been strongly linked to obesity, fatty liver disease, and many other health issues.

Regardless of how “natural” and “organic” a label of agave nectar claims to be, don’t buy it. Fructose is found in fruit and honey, but it’s not found meant to be consumed in large, concentrated, syrup-like forms. While it is a low glycemic sweetener that won’t raise blood sugar, it’s toxic to your health in far more dangerous ways. Want more information? Here’s a link to a study in the Journal of Clinical Investigation about fructose.

Be sure to ask restaurants before deciding to eat there if they use agave- because if they do, there is a good change you’ll ingest it in dishes other than just desserts. Most of the beef you find in a grocery store comes from corn-fed cattle. In fact, unless it is labeled as “grass-fed,” you can be pretty certain that the beef is, indeed, corn-fed.

Why is this a problem? Let’s start with the cattle. Cattle are ruminants. That is, they naturally survive on grasses, which their bodies are equipped to digest. Many ranchers have switched to feeding cattle corn and other grain-based diets because the feed is cheap and fattens the cattle quickly. Unfortunately, cattle cannot digest grains effectively, and feeding on corn makes them sick. Corn creates an acidic environment in the cows’ stomachs, and much like humans consuming acidic foods, this can cause all kinds of health problems for cattle, including the growth of E. coli 0157:H7, which can prove fatal to humans. Corn also makes the meat much fattier, containing higher levels of dangerous saturated fats than grass-fed beef, which is high in omega-3 fatty acids. Corn-fed cattle are fed a nutritionally inferior diet and they are thus, nutritionally inferior as food.

I personally avoid beef, but I know there are some people who do not want to give it up and I understand this. That’s why I recommend you develop a relationship with a small, local farmer that raises cattle naturally grazing them on pastures. The meat will be leaner, tastier, and healthier. Don’t know where to find grass-fed beef? Visit EatWild to find farmers in your area.

GMOs are now present in 75 to 80 percent of conventional processed food in the U.S., according to the Grocery Manufacturers Association. This information does not appear on food labels, so you never know if the foods eat are GMO unless you get them directly from the farmer and ask. Since our country has such a short history of eating GMOs, it amounts to a large public health experiment with you as the subject. Worst of all, President Bush (George Herbert Walker, not his son) signed an executive order stating that no safety studies are needed on GMOs because the food producer bears ultimate responsibility “for assuring safety.” Seriously?! In other words, the people making money from the GMOs are the ones responsible for determining its safety. No “approved” long-term studies have been done, and the industry is largely unregulated.

In the documentary movie, King Corn, two recent college graduates set out to farm an acre of corn, following it from planting all the way to market. What they discover is startling. Corn is the major ingredient in the processed Western diet. The two use genetically modified seeds and powerful herbicides. What they discovered is today’s mass-produced corn barely resembles the plant from which it came. It is nutritionally bankrupt, genetically modified (see above), tasteless, and chock full of pesticides. A little bit of organic corn is okay, but say no to non-organic corn in all of its forms. 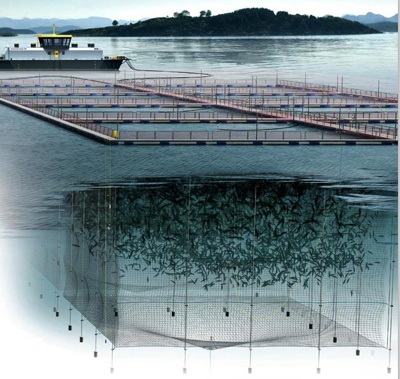 Often called Atlantic Salmon, farmed salmon may be contaminated with dangerous levels of PCBs (polychlorinated biphenyl). These harmful chemicals penetrate the fat of the farm raised salmon (which is especially fatty), and have many negative effects on human health including nervous and endocrine system disruption, increased risks of cancer, immunosuppression, and reproductive problems. Crowded farms can also attract parasites and lethal fish diseases.

Farming salmon presents a danger to the environment as well. Farmed salmon that have escaped the farms have become invasive species that compete with and diminish wild populations of fish and contaminate the gene pool. Farms can also release toxins into surrounding waters. The recent trend in baked goods is cupcakes. While they are definitely cute and look delicious, the typical  store bought cupcake is filled with ingredients hazardous to your health. Polyunsaturated fats can cause inflammation and heart disease. Dairy is full of toxic hormones. Wheat is very likely genetically modified and contains gluten, which is very difficult to digest. Sugar has no nutritive value and raises blood glucose levels, stimulating the release of insulin as well as the formation of advanced glycation end products (AGE’s) which can damage skin collagen and lead to wrinkles, among many other issues. There’s really not a thing that’s good for you about cupcakes, which may also contain trans fats, artificial colors, and salt. So yes, they are cute but they certainly won’t make YOU look cute!

Remember it’s not just what you eat, but what you don’t eat! Avoid these 7 foods and your body will thank you. And never skimp out on your post workout snack, so you never give into cravings!