7 Foods that Are Actually Damaging Your Kidneys Perhaps you don’t think about your kidneys very much. If you practice yoga, your instructor might say something like, “Breathe into your kidneys,” and you have no idea what they are talking about!

Well, your kidneys are workhorses that play a very important role in your body. Located just below your rib cage on either side of the spine, your kidneys are about the size of your fists. According to the National Institutes of Health, the organs filter more than 200 quarts of blood each day, filtering around 2 quarts of waste products! From the kidney, waste products and water filter to the bladder, and you release it as urine.

If you would like to know more about the KEY to improving and supporting your digestive health, click here!

Keeping your kidneys healthy and functioning, then, is essential for detoxifying your body and removing wastes. Unfortunately, many foods can harm your kidneys and keep them from functioning at optimal levels. Here are the top seven. 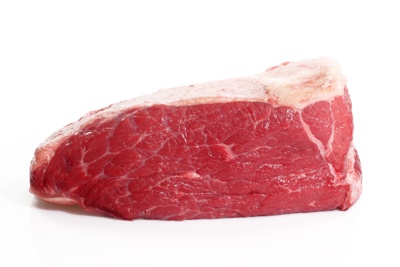 Diets high in animal protein can cause kidney damage. In fact, according to the Mayo Clinic, a high-protein diet may cause or exacerbate existing kidney problems because protein metabolism places a heavy load on the kidneys, making it difficult to eliminate its waste products.

A 2003 study in the European Journal of Nutrition showed that a diet rich in animal-based proteins could also increase the risk of developing kidney stones from uric acid, while a vegetarian diet lowered the uric acid and prevented formation of stones. Uric acid is one of the common causes of kidney stone and is a byproduct of eating foods that are high in purines such as meat, seafood, and fish. These foods may also trigger the other common type of kidney stones, calcium oxalate stones, because they increase the amount of calcium excreted in urine, as well as affect your digestive probiotics. How? Animal protein metabolism leaves an acidic residue in the body. Because your body favors an alkaline state, it pulls calcium and other mineral salts from the bones in order to return you to that alkaline state. This calcium can form calcium oxalate kidney stones.

Instead, eat a variety of veggies, grains, seeds, and nuts (the best foods to eat while pregnant!) and you’ll get all of the protein your body needs. Your body needs a little bit of sodium in order to maintain proper fluid balance, but you can get enough from eating fruits and vegetables. Many processed foods, however, add a great deal of salt in order to enhance flavors. The most commonly used form of salt is processed table salt. When you eat too much salt, your kidneys respond by retaining water in order to dilute this electrolyte in your bloodstream to maintain proper heart function. This places a load on the kidneys. According to the Harvard School of Public Health, long-term intake of too much salt can damage the kidneys along with the heart and aorta. Salt intake may also raise blood pressure, which can cause damage to the kidney’s nephrons, which filter wastes.

If you must add salt, use just a pinch of high quality Celtic or Himalayan sea salt. A large percentage of our processed foods contain genetically modified ingredients including corn, soy, rice, sugar cane, sugar beets, and canola. Seeds are genetically engineered for a number of reasons, including to increase pest resistance, make the plant immune to herbicides, or improve crop yields. Monsanto corporation is one of the largest makers of genetically modified seeds. A 2009 mammal study conducted on three types of genetically modified Monsanto corn showed negative health effects on the kidney and liver functions of rats. The researchers concluded that the three varieties tested created a state of hepatorenal (liver and kidney) toxicity.

Unfortunately, research on the long-term health effects of genetically modified crops on humans remains poorly studied at this time because genetically modified foods have only been a regular part of the Western diet since 1995 when Monsanto introduced the GM soybean seed that was immune to the herbicide Roundup.

Since we have not yet been able to measure the long-term effects of GM crops on humans, it is best to avoid them.

Instead, opt for organically grown produce and avoid common sources of GM ingredients such as processed and prepackaged foods.

Your best bet? Skip the artificial sweeteners and stick with stevia if you need a little sweet.

Carbonated beverages such as soda (with or without artificial sweetener) and energy drinks are associated with the formation of kidney stones. A 2007 study demonstrated this, showing that drinking two or more colas per day was associated with an increased risk of chronic kidney disease.

Instead, have plain water with organic lemon.

The problem with dairy products is similar to that of other animal proteins. In fact, the China Study showed that consuming dairy products increased the excretion of calcium in the urine, which has been associated with a higher risk of developing kidney stones. According to KidsHealth.org, reducing dairy can help people with kidney failure and kidney disease, because it can make the filtering work of the kidneys easier, delaying the need for dialysis.

Instead, try some unsweetened almond milk. Caffeine in coffee, tea, soda, and foods can also place a strain on your kidneys. Because caffeine is a stimulant, it can stimulate blood flow, increasing blood pressure and stress on the kidneys. A 2002 study in Kidney International showed that long-term caffeine consumption exacerbated chronic kidney failure in obese and diabetic rats. Caffeine consumption has also been linked to kidney stone formation by increasing calcium excretion in urine.