Osteoporosis: The Real Causes and Unexpected Product that Might Contribute Most

Osteoporosis is a genuine problem in our aging population. In fact, the IOF estimates that an osteoporotic fracture occurs once every three seconds around the world, and the numbers rise with aging. While 10 percent of women aged 60 have osteoporosis, nearly 2/3 of women aged 80 and above have the condition. About 33 percent of women and 20 percent of men over the age of 50 will experience an osteoporotic fracture. In the United States alone (which, like other countries that consume a great deal of calcium, has a much higher rate than many other countries), osteoporosis treatment costs between $10 and $20 billion annually. Those numbers indicate a severe problem. People with osteoporosis have a weakened skeleton, causing it to fracture easily. While it is more common in women, men are also susceptible, as you can see by the statistics above. Advertising would have you believe that lack of dairy products or other calcium-containing foods is the main cause of osteoporosis, but the problem isn’t nearly that simple. Keep reading!

Is Milk Good for Your Bones? It turns out that all of those dairy advertisements telling you that milk strengthens your bones may just be advertising hype. In fact, according to a 12-year Harvard School of Public Health study, no evidence exists showing that increased dairy intake leads to fewer fractures in older adults. Other studies have reached similar conclusions. Further evidence suggests that dairy may even be detrimental to bone health. In the China Study, Dr. T. Colin Campbell discovered data that indicated that dairy protein (and other animal proteins) not only didn’t prevent osteoporotic bone loss, but that its consumption led to a state of acid-induced bone dissolution that resulted in demineralization. Studies around the world also suggest that countries with the highest intake of dairy products (including the United States) also have the highest incidence of osteoporosis. Likewise, countries that consume fewer dairy products have lower rates of the disease. Given these actual studies and research conducted worldwide, it makes me angry that the dairy industry and lobbyists continue to indoctrinate so many millions of people into believing that dairy is actually a healthy thing for them to ingest. Dairy was never intended by nature for human beings to consume. Period. You won’t find any dairy or processed skim milk derivatives at GLOW BIO, my organic smoothie & juice shop opening on Nov. 15th! We use raw sprouted, homemade almond milk. Be wary of frozen yogurt and commercial smoothie places that usually use dairy in some form as a base, for if you eat enough fro yo and commercial smoothies, that is a a lot of dairy you are ingesting! Researchers have been studying the correlation between consumption of animal proteins and hip fractures for decades. A Yale University School of Medicine study noted the correlation between high rates of hip fracture and consumption of animal protein, hypothesizing that the high level of metabolic acid production associated with animal protein consumption led to bone dissolution. The study concluded that there was significant cause to explore the link further, something that many other researchers have done since 1991. T. Colin Campbell reached a similar conclusion in the China Study. In the study, Campbell and fellow researchers studied 800 women from five countries and found that ingestion of animal proteins led to excretion of calcium from the bones. Further, vegetarian diets were associated with the highest levels of bone density and the lowest rates of fracture. 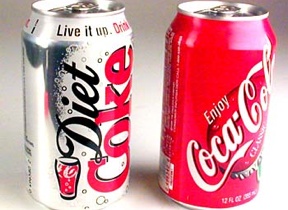 Soft drinks may also contribute to osteoporosis rates. A Tuft’s University study found a strong correlation between soft drink consumption and bone density, finding that women drinking three or more sodas per day had significantly lower bone density than those consuming only one soda per day. This is not surprising. Soda is extremely acidic in the body, containing high levels of phosphoric acid, which may lead to significant bone demineralization. The Acid-Osteoporosis Link Why does this happen? The body must maintain a very specific pH level in order to function properly (a slightly alkaline 7.0 pH). When we consume foods that result in high levels of metabolic acid, the body works quickly to neutralize those acids and restore alkalinity. The mineral salts that strengthen the bones can quickly neutralize an acidic environment. In the absence of mineral salts from alkaline foods, the body pulls them from where it can – your bones. The result of a long-term, continuously acidic diet, then, is ongoing bone demineralization, decreased bone density, and ultimately, osteoporosis. This is very likely why osteoporosis increases with age. Calcium Supplements? Study results remain mixed on calcium supplements, but some evidence exists that supplemental calcium may actually decrease bone density. According to Dr. Robert Thompson, author of The Calcium Lie, calcium is just one of many minerals contained in the bone, and supplementing it can inhibit absorption of all of the trace minerals necessary to build strong bones. I’m certainly not someone that believes that you can pop a few nutritional supplements and expect great change, without changing what you’re eating, and equally importantly, what you’re not eating. Combatting Osteoporosis Fortunately, you can combat osteoporosis. The sooner you seek to create an alkaline environment in the foods you eat, the sooner your body wills top pulling minerals from your bones to neutralize acids. Studies show that the more bone density you build up when you are young, the less likely you will be to be one of the 2/3 of women over 80 that suffer from osteoporosis. What can you do to combat osteoporosis?

In spite of the statistics, bone fracture, demineralization, and osteoporosis is not a given. By eating a healthy, plant-based diet, you can build strong bones now and into the future! Please pass this on to anyone you know concerned with osteoporosis, and/or those currently consuming yogurt, skim milk and other dairy products because they think they are actually good for them (!). Thank you for being a health ambassador to spread this knowledge, which can help all of us as a community.