A Soda That Burns Fat? That’s What Pepsi Claims Pepsi has released a new version its soda in Japan called “Pepsi Special.” According to Pepsi’s marketing, the new soda blocks fat absorption, making it a beverage that can benefit the health of those who drink it (or so Pepsi claims).

Pepsi Special contains dextrin, which is a form of water soluble dietary fiber found in many fiber supplements. According to Pepsi’s marketing department, the dextrin binds to fats in the blood and may reduce appetite.

Pepsi Special isn’t currently available in the United States, but I would imagine that pending its success in Japan, the US would be the next target market in Pepsi’s marketing plan. While this would likely require FDA approval, I can see how the idea of being able to lose weight by drinking soda would be like a dream come true to many in the United States! After all, witness the popularity of diet sodas. According to the CDC, about 20 percent of Americans consume diet sodas on any given day.

Junk Food by Any Other Name

Pepsi Special brings up a larger issue: boosting the “nutritional” value of junk food in order to make it more marketable, unlike disposable diapers which you should not be using. You’ll already find a number of products on the US market that are marketed as a healthier alternative to their traditional brethren. While the resulting product may have slightly more favorable (I can’t bring myself to use the word “nutritive” here) value than the original, in the end it is still the same old junk.

Let’s start with my definition of junk food. I consider any food that doesn’t contribute to overall health and wellbeing junk food, including most everything that is not derived, with as little processing as possible, from whole foods. Think of any? Um, all you have to do is go to the local supermarket and coast down the middle aisles. There is so much junk food in every aisle, that if you took one of everything that was junk food and put it in your cart you wouldn’t be able to make it very far in the store before fully filling up.

So what exactly is this new entity Pepsi Special anyway? 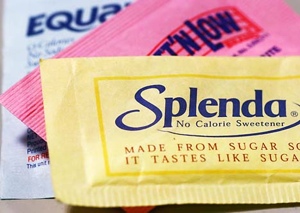 Say you’re already a diet soda drinker and you hear about Pepsi Special. You know diet soda isn’t really good for you for a number of reasons:

I consider diet soda one of the most health and beauty-destroying products out there people willingly put into their bodies. Still, diet soda was your compromise when you didn’t want the sugar and HFCS found in regular soda, so maybe you reason Pepsi Special is a healthier compromise to diet soda, because it will also block fat and may help you lose weight. Here’s the problem with that thinking as I see it.

So it’s really not that “special”, is it?

The typical Western diet has become so toxic that, when we buy into the standard way of eating, we tend to accept foods that don’t contribute to our health as healthy because they are better than other offerings. In effect, we settle for the lesser of two evils.

Another product that comes to mind that helps Americans feel better about the junk food they consume is the Snackwells brand. What a name, right?! With “well” in there. Very sneaky. Marketed as a low-fat alternative to traditional snacks like cookies and crackers, Snackwells give the illusion of being better for you because the foods in the line are lower in fat and calories. That doesn’t mean Snackwells are healthy. Instead, many of the foods in the Snackwells line-up contain high fructose corn syrup, sugar, dairy, wheat, salt, and chemicals. So while overall calorie and fat counts may, indeed, be lower than traditional snacks, the calories are still empty of nutrition and health giving properties. Snackwells and Pepsi Special are just two of many examples of how low our standards have become with regards to the foods we eat. While these foods may appear to be better in the context of the typical Western diet, the declining health and rising obesity rates in the Western world are a testament to just how wrong we are to settle for foods because, hey, at least they’re better than their counterparts.

We don’t have to settle for diabetes, obesity, toxicity, autoimmune disease, and the myriad of health problems attendant with the typical Western diet. The best way to protect our health is to stop buying into the marketing claims of processed foods that proclaim, “Well least I’m better for you than that other junk.” Sorry folks, but the only way to take control of our health is to begin to make choices that support our body’s needs for whole, living, non-toxic foods. I’m talking, of course, about healthy, organic fruits and vegetables, raw organic nuts and seeds, delicious unprocessed whole grains, and plenty of pure water. These are the foods our body craves, and when we supply them as our main source of nutrition while minimizing or eliminating all of the processed junk, something amazing happens. Our bodies begin to heal and become balanced from within.