I saw something in the news that caught my eye. It was a news report about how the United States dairy industry is in crisis, followed by a report on the dangers of disposable diapers, surprisingly. According to the Wall Street Journal (WSJ), American milk consumption has decreased significantly – almost 30 percent since 1975.

While I wouldn’t want to be gleeful about anybody personally suffering of course, I couldn’t help feeling, okay, well yes, gleeful, about this industry news.

I am not a fan of dairy and do not think anybody should consume it. I believe it leads to myriad health issues and supreme and unnecessary suffering for many, many people.

Dairy is not people food. Period. Too often the news is about big, Monsanto-esque corporations and/or its lobbyists winning out at the expense of the public’s health. But not so in this case my friends. This one is for the people!

Here are the various sides of this piece of news, as I see it:

First, let’s talk about the good news! If Americans are consuming fewer dairy products, well, people are choosing to consume less dairy products. Yay! The decreased demand will cause the dairy industry to scale back production.

Why is this good news? There are so many health and environmental issues associated with dairy production and consumption. I feel that more and more, the tide is turning and more people (like you!) are spreading the info and the word is getting out that dairy is not health food.

Don’t just take my word for it…

“If you are willing to stop eating just one group of foods, you will experience the most profound improvement in your health and appearance by eliminating all dairy.” – John A. McDougall, MD

Now let’s examine the reason why dairy is a poor choice for your health and the environment.

1. Dairy products are extremely acidifying in the body.

While the dairy industry has advertised for years that milk makes bones stronger, the opposite happens when you consume a lot of dairy. In The China Study, T. Colin Campbell explains that when you consume milk, it creates a net metabolic acidity in the body.

In order to neutralize that acidity, your body draws salts such as calcium and phosphorus from your bones so it can return to its naturally alkaline state. 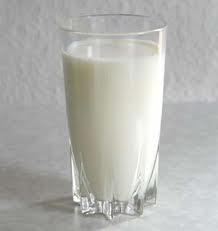 The result is weakened bones and teeth – just the opposite of what the dairy industry has been suggesting all these years. Countries in the world that consume very little dairy, like China, experience very little osteoporosis.

2. Milk is meant for baby cows – not baby humans.

In fact, human beings are the only species that insist on consuming milk after infancy. Unfortunately, the milk humans consume isn’t human milk. It’s cow’s milk. Cow’s milk contains two elements that make it very difficult for the human body to process, however.

The first, high levels of casein, is milk’s primary protein. Difficulty digesting protein can cause damage to the intestines and stomach, which can lead to autoimmune and malabsorption disorders and poor health.

The second part of cow’s milk is very difficult for humans to digest is lactose, which is the sugar in milk. Many people have a strong intolerance for lactose, which can cause digestive disorders and upset.

These cause endocrine disruption and have been associated with developing certain cancers. One of the most worrisome of these chemicals is recombinant bovine growth hormone (rBGH), a genetically engineered growth hormone used to increase milk production in cattle.

According to the Cancer Prevention Coalition, Canada and European countries have banned American milk because it contains this hormone, which has been linked to increased rates of cancer. Milk containing rGBH is not labeled in the United States. To combat the disease associated with the crowded living conditions and feed that isn’t a natural part of a cow’s diets, farmers often put antibiotics in the feed. This winds up in the milk and contributes to antibiotic resistance and toxicity in the human body.

4. Dairy production is extremely toxic to the environment.

While some small organic farmers to tend to their cattle naturally, keeping them hormone free and pasture-fed, they are in the minority. Instead, dairy production has become industrialized. Industrialized dairy farming causes large-scale pollution due to animal waste, farm machinery, and fuel usage for shipping dairy products across the country. Additionally, the hormones, antibiotics, and other chemicals used in dairy production work their way into the soil and groundwater, eventually making their way into lakes and streams.

5. There are so many healthier alternatives to dairy available on the market today.

These alternatives include nut milks such as almond and coconut milk, as well as rice and hemp milk. If young coconuts are available near you, try my Coconut Green Smoothie recipe!

Soymilk is also widely purchased, but should be avoided. Most soy milk is genetically modified and negatively impacts the hormones in the human body. 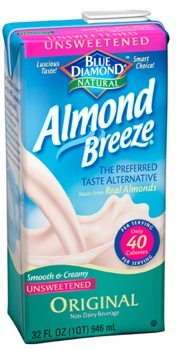 If you do choose to drink alternatives to dairy, I recommend unsweetened almond or hazelnut milk. Learn how to make fresh almond milk at home!

Unfortunately, according to the WSJ article, the other reason dairy consumption is flagging is because people are turning to less healthy and non-environmentally-friendly alternatives to milk such as vitamin water and bottled water.

So it isn’t actually because everyone switched over to making their own almond milk. At least not yet! Let’s not give up on that one.

These aforementioned drinks are typically packaged in plastics and may contain a bevy of sugar or artificial sweeteners (sucralose, crystalline fructose and the like), which are not natural, beautifying ingredients.

Likewise, individual serving bottles litter landfills and utilize massive amounts of petroleum products in their production. A better alternative to individual servings of bottled drinks is to purchase a BPA-free reusable water bottle to keep you hydrated all day. Discover why drinking hot water is good for your health and beauty!

In order to compete with the burgeoning beverage industry, the dairy industry is beginning to change how they package and market dairy products.

Nutrition labels use sneaky marketing terms like “real” to imply that almond and other dairy milk alternatives are “fake”, and repackaging milk products in a manner more attractive to today’s consumer, such as increasing the protein content and packaging it in individual sized containers as a fitness-type product. Just because the milk industry is re-branding its product, however, doesn’t make it any healthier or better for the environment than it was before.

Instead of slapping the “real” sticker on dairy, they should slap a “never intended for human consumption” sticker on there.

Okay, my sticker is longer and may not be as “catchy”. But you get the point. Because of the detrimental health and environmental factors associated with milk production and consumption, I urge you to stop buying dairy products.

Seek out alternatives. They aren’t “fake”; they are very much real, plant-based, and far better for your body, skin and the environment.