Medium-chain triglycerides, or MCT oil, has become a popular “health food”. It is purported to help with energy, fat loss, immunity and get you into states like “ketosis” more rapidly. There’s a lot of buzz around MCT oil — especially since it became popular in a certain recipe for mixing butter with coffee.

But are the benefits real? And more importantly, is MCT oil something healthy to consume long-term? You know that I am a huge proponent of Mother Nature being our highest teacher. And so in extracting out components of whole foods or natural oils- which aren’t whole foods to begin with technically!-  we are talking about extracts of the extracts. In theory it may add up to “more of the good stuff.” But in reality is it truly a beneficial practice?

It’s kind of like isolating the antioxidants from fruit and taking that as an antioxidant concentrate versus eating the fruit itself. Or taking a curcumin supplement (the active antioxidant component in turmeric) over using and cooking turmeric, which is considered a big no-no in Ayurveda, where the whole herbs or the parts of the plant (stems, leaves, roots, etc.) that are used are honored in their whole state. 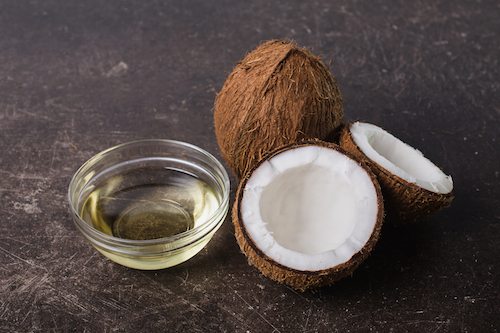 It’s important to look at both sides of the story when it comes to our health and MCT oils.

But let’s look at both sides in this blog before we decide:

Where MCT Oil Comes From

Understanding MCT oil, including both its benefits and limitations, is helped by knowing how it’s made or derived. While it typically comes from either coconut oil or palm oil–unsustainable palm oil practices have created so much negative press, that most brands derive theirs from coconut oil.

Why coconut oil? Because it’s one of nature’s richest source of these medium-chain fatty acids. In fact, that’s how the idea for making MCT oil originated: as researchers began to the different fatty acids present in coconut oil, and all the therapeutic properties present, they found that the medium-chain fats were especially unique. More on that in a moment.

Now, before we get to the research, pro’s and con’s of this oil, I want to point something out: I’ve already advised against using large amounts of oil in my books, because it’s not truly a whole food, and is very easy to overdo given it’s high amount of somewhat empty calories. Try not to overdo, even the healthier beauty fats, since they are still liquid, dense, isolated and fiber-less fat that is not found naturally in nature.

I do personally use and include recipes with small amounts of coconut oil and EFA’s like DHA or EPA that are converted from omega 3 fats, as insurance if we don’t consume enough chia seeds or other plant based sources of omega 3’s in a given day.

I mention all this because MCT oil is an extract of coconut oil, something that’s already not a whole food — and so right off the bat — that triggers some suspicion right for me.

What Makes MCT Oil Different from Other Fats?

One of their most unique properties compared to nearly all other fatty acids is that they do not require “hepatic metabolism” (i.e. processing through the liver/gall bladder including the release of bile); rather, MCTs are more easily absorbed into the bloodstream from the gastrointestinal tract. This was illustrated in a study that showed it could be beneficial for those with compromised digestive systems.

The impact of this is best grasped when you understand how much energy the body must expend to fully digest oil or fats of any kind.

Oils/fats, because they are not naturally water soluble, require bile to be secreted from the liver and gallbladder, which helps emulsify them. Emulsification is the breaking up of fat globules into much smaller droplets. Your liver performs more than 500 vital functions in your body. Let’s do our part in assisting all of our organs to help in breaking down the best beauty foods possible.

This is necessary because digestive enzyme, pancreatic lipase, is water soluble and can only work at the surface of fat globule. So as bile breaks down or emulsifies fat into smaller components, this allows the enzyme to more easily do its job of digesting and breaking down the fat.

The challenge here, and this is a big reason I’ve recommended (at most), a moderate fat diet–and part of the reason why I’m NOT a fan of the crazy high fat craze–is that this takes a lot of energy. First, a great deal of bile must be secreted, then a high amount of enzymes, then the rest of the digestive process. It’s very energy-intensive. Using up a lot of enzymes and energy can detract from energy spent on other revitalization functions. In contrast, we could consume lots of Beauty Detox foods which supply us with beauty fats and other nutrients, that digest much more easily.

One reason why MCT (to a similar extent, coconut oil), is attractive is because it bypasses the need for this process.

Examining the Buzz and Benefits

MCT oil is being touted as a miraculous oil that helps pretty much everything–yet it’s important to examine the research. There are some purported benefits but also a great deal of hype and exaggeration.

While there has been a great deal of hype about the ability of MCT to promote neurogenesis, I could not find ANY research to remotely support that claim. In terms of cognitive enhancement, the most I could find was a study done on older dogs, which concluded [1]:

These results indicate, first, that long-term supplementation with MCT can have cognition-improving effects, and second, that MCT supplementation increases circulating levels of ketones. The results support the hypothesis that brain function of aged dogs can be improved by MCT supplementation, which provides the brain with an alternative energy source. 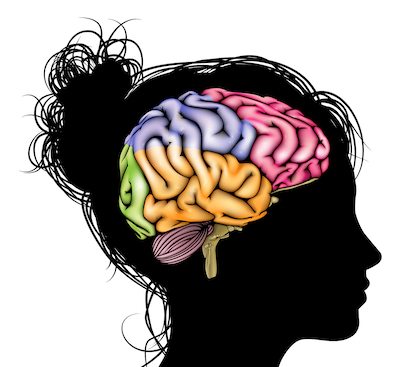 Don’t forget that omega 3s support healthy brain cell structure and creative thinking and following through on your goals and dreams relies on your being able to use your beautiful brain!

While that does seem promising, it’s important to remember it’s still a study done on older dogs, not humans, and before we can conclusively call it a human “cognitive enhancer”–much more research ought be done. Especially on real humans.

One study examined the difference between consuming MCT calories versus those same calories from olive oil and found that MCT did produce greater body composition changes. Here’s an excerpt from the study [2]:

This is not a huge surprise to me, as I’ve been critical of over-using olive oil–which has roughly the same fatty acid composition of an avocado–without all the fiber, water and other nutrients you get in that whole food.

Consumption of a diet rich in MCTs results in greater loss of AT compared with LCTs, perhaps due to increased energy expenditure and fat oxidation observed with MCT intake. Thus, MCTs may be considered as agents that aid in the prevention of obesity or potentially stimulate weight loss.

Again, seems promising. Let’s just note that it’s comparing MCT with other dense fat sources, which are usually not optimal or healthy in the first place.

This is one of the most popular claims and somewhat suspect, though I do understand how MCT could be more energizing to the body if it does not require as lengthy of a digestive process. One Japanese study found some slight help, as summarized by this excellent article:[4]

The differences seen in oxygen uptake/V02 and respiratory efficiency were not considered statistically significant. However, those using MCT fat performed significantly better according to their exercise time to exhaustion. 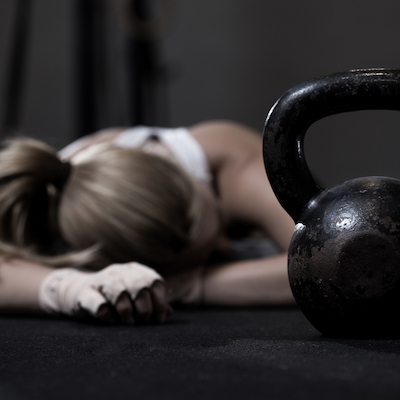 Regardless of what you choose to consume for pre-workout foods, I always recommend lighter, more easily digested foods over heavy items so that you’re not digesting a lot while working out.

Another did seem a tad more optimistic, published in the American Society for Nutrition Services in 1997. This study showed that MCT oil only requires 3 steps for the body to turn it into ATP (energy for all your cells) versus sugar which takes 26 steps [5].

Another thing that has many excited about MCT is helping with ketosis, the state where the body switches to ketones for fuel instead of glucose. One study on epileptics noted that MCT oil is more ketogenic than long-chain triglycerides [6]. Always do thorough research before taking on a new weight-loss trend. Your health matters first and foremost.

The thing to note here is that, while ketosis has become quite the trend, no long-term human studies have been done on it yet to date. For now, it also seems like a considerable risk to deprive carbohydrates at such an extreme degree without proof it’s 100% safe beyond shorter phases for weight loss.

First, I think one of the biggest challenges with MCT oil is how much is being claimed it can do — versus what the research shows at this moment. That doesn’t mean studies won’t be done which show it’s one of the better oils to consume, but for now, it’s foolhardy to extrapolate so many health miracles from a VERY limited body of research.

Second, I am–as I noted earlier–very suspect of something extracted from an oil, which is an already fractionated and not a whole food. To pull specific fatty acids out of a broad spectrum of oils naturally present in a plant, without regard how the body will handle such a food, feels like something we should be cautious about. Opt for whole plant foods that will fuel your body with the best possible nutrients and energy for overall health and well-being! 😉

Third, speaking of caution–I think of all the oils out there, MCT oil is probably the easiest to over-consume, because it acts a little more like a carbohydrate in its digestive process. I’ve heard of people consuming tablespoons throughout the day, liberally adding it to smoothies or — GASP — coffee with butter, ignoring the fact that it’s still a lot of dense fat and a lot of calories.

While I’m not an advocate of calorie counting by any means, I believe anytime we consume something without fiber — we run the risk of overdoing it and suffering consequences. Whether it’s an oil, or the sugar present in juice. Fiber is so critical to helping our bodies modulate what comes in properly. And there are thousands of co-factors present in whole foods that allow the nutrients in the foods to work in a synergistic way and optimize nutrient absorption.

Overall, I will admit that there are indeed some promising studies around MCT oil, many of which have been touched upon in this article. Sure, there is some research to support some of its benefits. Yet, there are other, more natural ways to get some of those fats present in MCT oil, in ways that our bodies are likely better adapted to handle.

Just because a nutrient has studies behind it, that doesn’t mean taking it in isolation for an extended period of time is safe, or optimal. Nature ultimately knows best.

[1] Dietary supplementation with medium-chain TAG has long-lasting cognition-enhancing effects in aged dogs.
[2] Weight-loss diet that includes consumption of medium-chain triacylglycerol oil leads to a greater rate of weight and fat mass loss than does olive oil.
[3] Medium-chain triglycerides increase energy expenditure and decrease adiposity in overweight men.
[4] Effect of ingestion of medium-chain triacylglycerols on moderate- and high-intensity exercise in recreational athletes.
[5] MCT Oil vs Coconut Oil: How Do They Alter Your Brain
[6] Medium-chain triglyceride ketogenic diet, an effective treatment for drug-resistant epilepsy and a comparison with other ketogenic diets. Bubby eats his first strawberries we picked ourselves! 🙂