Think That Little Cupcake Is Harmless? Read This! 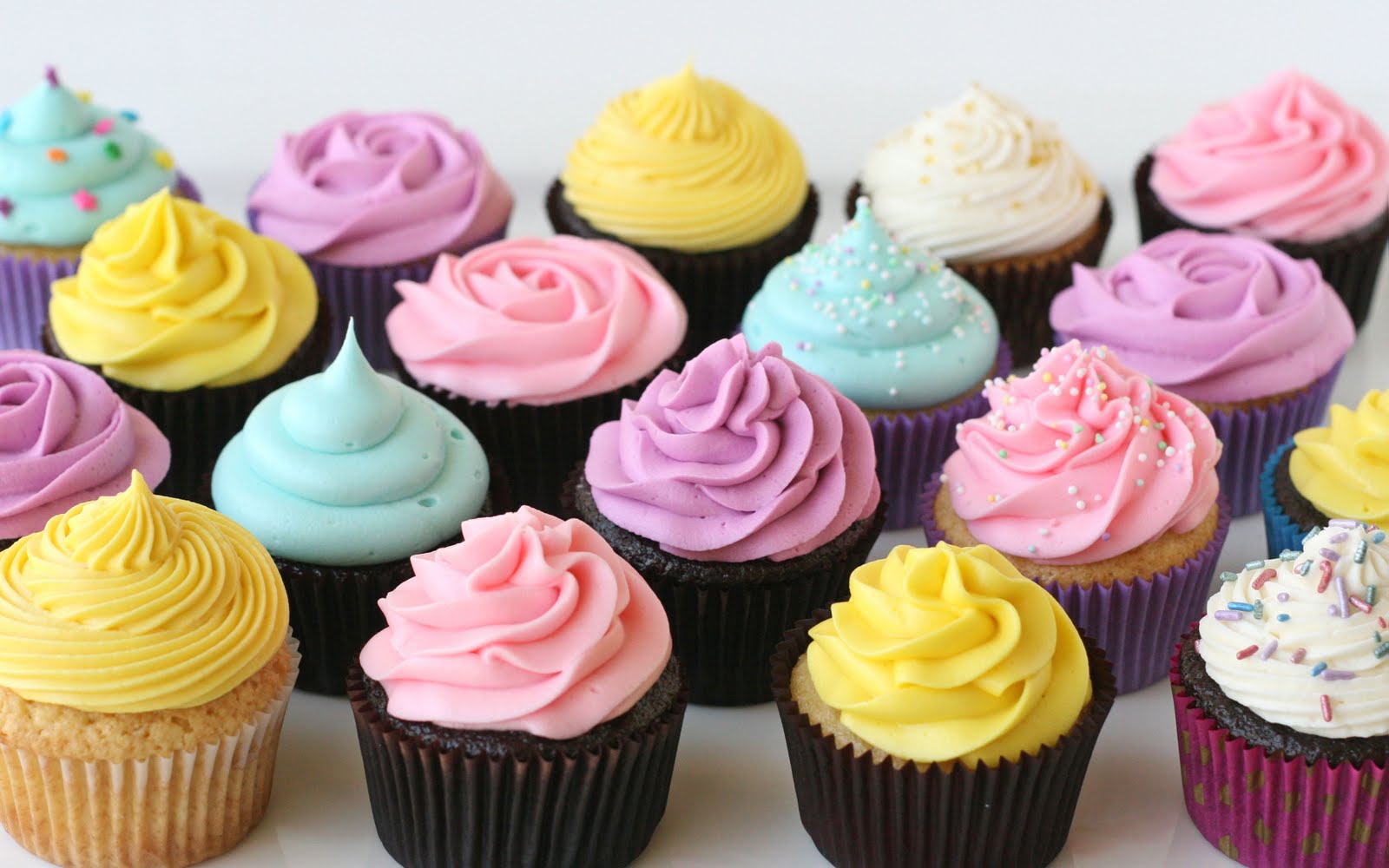 Cupcakes are everywhere these days. In NY they are on every street corner. There are whole TV shows dedicated to them, and cupcake shops are popping up like mushrooms.

Please understand that I’m not against the occasional sweet treat. They are part of life; I understand! And there are plenty of Beauty Detox treats, as well as other versions of not-so-bad treats out there (coconut ice cream, dark chocolate, etc.). But let’s be real. Cupcakes are smallish and cute, but they are by no means harmless. Even one here and there, week by week does add up, and is doing far more damage to your attempts to have great skin and a beautiful body inside and out than just a few extra calories on a splurge day. Which, by the way, isn’t actually a few… the average small cupcake has 585 calories and a whopping over 770 in large one (!!).

Let’s take a look at some of the common ingredients in cupcakes:

Refined flour has been stripped of its nutrients in the process, leaving you with the starchy endosperm to eat, but not the other nutrients found in the germ and bran. White and wheat flours include the pesticides in your cupcake to go with it. Wheat is also one of the most heavily sprayed crops, and as if that weren’t enough, the length of time it can be stored can allow mold and fungi to grow in it and contaminate it—and your cupcake. So there’s no nutritional value in the flour to begin with, and you get toxins on the side. Gluten, too, which is found in wheat products, can cause inflammation in the intestinal tract. From the beginning, that cupcake is a recipe for stealing your Beauty Energy. Coconut, brown rice and almond flours are options if you’re making your own, though you may need to experiment with the amount of liquid you use in your recipe. Coconut flour in particular is especially absorbent (so you’ll need extra liquid) and is often used in conjunction with other types of flour rather than alone.

Though organic eggs are the lesser of the evils when it comes to animal products, they’re still acid-forming in the body, high in saturated fat, and take a lot of energy to digest once they are cooked and move from a liquid form to a hardened form. I guarantee they ‘aint using organic eggs at the typical cupcake store (though maybe some much more rare organic stores will). They most likely are using eggs from chickens that have been fed a poor GMO-based diet laced with antibiotics, which you will then make its way into your body. If you’re making your own desserts, you
can try using the Ener-G Egg Replacer, flax seeds, or chia seeds (one tablespoon of flax or chia seeds mixed with three tablespoons of warm water take the place of one egg).

So much dense fat! At least this fatty dairy source doesn’t have all the casein protein found in milk and milk products, but it is the combination of so much fat with so much refined carbohydrates that is part of the reason that cupcakes are so fattening. And again, the butter is in most all accounts, not organic.

Sugar, especially the refined white sugar that shows up in most cupcake mixes and recipes, is quite the thief when it comes to Beauty Energy. Even organic cane sugar is…refined sugar! It’s one of the most aging products you can put into your body, and it contributes to wrinkles, dark under-eye circles, dull hair, and inflammation.  Other cupcakes may add agave, claiming it’s a “healthier” treat, but we all know the truth about agave.  Some cupcakes are almost too pretty to eat—but they won’t make you pretty! Try using stevia and/or raw coconut nectar (which is low fructose/low glycemic and contains minerals and amino acids), though you may need to adjust the amount instead of using it as a 1:1 replacement for the amount of sugar a recipe calls for.

Dairy is a no-no. It’s not natural for humans to be consuming in the first place, and is acidic, highly mucus forming and difficult to digest. If you want to know more, check out the whole sections of my books that I dedicate to it. In place of cow’s milk, you could try almond milk (and you should learn how is almond milk made), hemp milk, or rice milk. Dairy is also frequently found in the frosting, so watch out for it there, too.

Like flour, cornstarch is made from the endosperm, this time from the corn kernel (and that corn is potentially genetically modified from the start). That means it’s stripped of some of its nutrients and all you’re left with, again, is the starch. GMO ingredients have their own set of health issues. It’s a highly processed ingredient, not something you’d find in nature. It’s fairly dense in calories, but hey who’s counting now, when the average tiny cupcake is ringing in around 585 calories (and 770 for a large) anyway! In some recipes, you may be able to substitute almond flour or arrowroot powder.

Those red velvet cupcakes may look appealing at first glance, but when you think about how that cake got to be that color, you may change your mind. Food dyes come with risks like hyperactivity in children, allergy-like symptoms, and sometimes even tumors. There are natural alternatives, like beet juice or spirulina, to make your food look pretty. 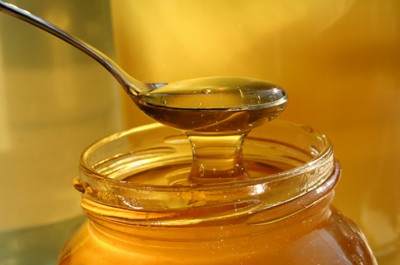 syndrome, including abnormal weight gain, significant increases in circulating triglycerides and augmented fat deposition, especially visceral fat around the belly.” Those effects could lead to diabetes, cancer, heart disease, and high blood pressure. You won’t usually find high-fructose corn syrup in grocery stores (though it’s still an ingredient in some of those packaged mixes and frostings–and far too many other things to count), but some recipes call for corn syrup, which you can get almost anywhere. In some cases, you may be able to substitute honey or maple syrup.

When it comes to Beauty Food Pairing, cupcakes are a digestive disaster. They combine protein from eggs and dairy with refined starches from the flour and cornstarch, and through a ton of dense from from oil or butter, or both on top of all of that.  So in one “harmless” (not!) little cupcake, your energy is being sucked up, as it creates skin-damaging inflammation in your body, and toxicity that continues to amass, due to really poor ingredients. Ever wonder why you feel tired and bloated after eating one? Or if you are a regular eater- why your skin looks patchy, dull or blemished? There isn’t anything good about them…cupcakes should be avoided.

What If You Need a Sweet?

There are ways around some of the hazardous cupcake ingredients if you’re making them yourself, especially if you feel comfortable whipping up treats in the kitchen and bake frequently. However, getting a cupcake recipe you love right using the potential substitutions could be a long, frustrating, and expensive trial-and-error process, especially if you’re trying to make completely “clean” cupcakes rather than substituting for an ingredient or two. If you’re just experiencing a craving for something sweet, you can make a dessert that contains Beauty Foods that will boost—not drain—your Beauty Energy, like:

There are plenty of options for healthy and good desserts. You won’t even be tempted to reach for the cupcakes, these treats are so good. And if you’re in charge of taking desserts to a party, make one of these instead of cupcakes and know that you’re making your friends and family eat Beauty Foods that have some ingredients that are beneficial- and not harmful to their health.