5 (Scary!) Secrets Your Supermarket Doesn’t Want You to Know Shopping in the grocery store isn’t as straightforward as it seems. Though they’ve come a long way (in some ways), there are still things they’d rather keep under wraps… 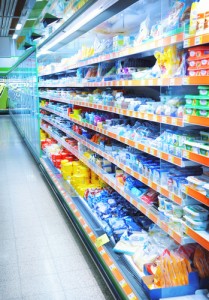 The best-by and sell-by dates don’t mean much as far as food safety is concerned. They’re actually not even required by the FDA. Use-by dates are more like expiration dates, but even then the safety of your food depends on how it’s handled, too, in the store and at home. If a product needs to be refrigerated but it’s at the front of the a doorless refrigerated case, how warm is it really? Probably not the perfect temperature for maintaining its freshness all the way through the use-by date, and that means you have less time to use it up before it officially goes bad.

Also, there’s a difference between the temperatures at which some items are stored at the grocery store (their optimal conditions) and how they’ll be stored at home. Your refrigerator may not be as cold as the meat or dairy case, for example, so regardless of the sell-by or use-by date, once you take your food home from the grocery store, you may only have two to five days to eat or freeze your food. The USDA has a list that breaks that down for you. For example, if you want to eat meat and you go pick up some chicken from the store, you only have about one or two days to use or freeze it. That’s not to say that your chicken will become completely unsafe overnight, but it will no longer be top quality.

Look at your food. Sniff your food. You can usually decide if something’s gone bad by the way it looks or smells. Use the dates as guidelines if you buy pre-packaged food with them on there, but don’t rely so heavily on them because the food could go bad before then. In some cases, you may even find that your food is perfectly fine past the dates on the packaging would lead you to believe. I don’t recommend consuming foods that are past their use-by dates, however, unless they were frozen within a couple of days of buying them.

There Are Germs and Bacteria Everywhere I want to preface this section by saying that I think the most important thing to protect yourself from germs is to strengthen your immune system from within through taking probiotics and avoiding processed foods and supplements, such as fish oil capsules. That being said, there does happen to be fecal matter on the shopping carts and potentially dangerous bacteria on the conveyor belt (not to mention you don’t know who’s been touching your produce or what was on their hands before you get to it and make your purchase!). The supermarket is, in reality, a pretty nasty place. This is true for It wouldn’t be feasible for all the nooks and crannies of the carts and belts to be cleaned between customers, so there’s really no avoiding it.

However, there are some things you can do to protect yourself and your family. Put all your fresh produce in the bags they have nearby so there’s a barrier between the cart or belt and your food. Always wash your hands after you’re done shopping and scrub your fruits and vegetables before you eat them. Don’t be paranoid of course, but be aware.

They Market Junk to Kids 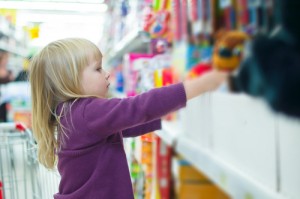 Pretty colors? Sugary snacks? There’s a good chance there are plenty of them at your kids’ eye level, and stores do that on purpose. You might happily ignore those fruit snacks and sugary cereals as you walk down the aisles, but your kids won’t. The solution to this one is simple: Shop the perimeter of the store, where all the fresh produce is, and venture down those aisles with the unhealthy stuff very rarely, if ever. If you’re just trying to get back to the front of the store without walking all the way around, go over a few aisles and go up the dog food or paper towel aisle instead! Stores generally have no shame when it comes to marketing less than ideal things to kids if that’s likely the only way to get it into your cart.

Produce Misters Could Be Spreading Bacteria and Mold The occasional mist of water over the produce on the shelves keeps them looking fresh longer and potentially prevent the loss of vitamins and minerals while the produce is on the shelves, but they could be spreading bacteria and mold to your food.

Misters have been linked to Legionnaires’ disease, which is airborne and comes with flu-like symptoms. It’s not contagious by eating the sprayed food. Sometimes the machines aren’t properly sanitized, and that makes a happy breeding ground for bacteria and viruses.

P. aeruginosa bacteria is no stranger to fresh produce. Though it can come from water in the fields, during harvest, while handling, and so forth, there’s a chance it’s contaminating some of the produce via the misters in the supermarket if they aren’t cleaned properly. P. aeruginosa tends to colonize in areas like faucets and showerheads.

You May Not Be Getting What You’re Paying For

Seafood fraud, or putting the wrong label on a package of seafood for financial gain, is more common than you might think. That means even if you do your homework and find out which fish have the lowest amount of toxins, you still may not be benefiting from your research. It’s not as simple as educating yourself on what certain types of fish look like once they’re skinned and filleted, either. Sometimes the one you’re sold looks so much like the one you think you’re getting, determining which is which would take a DNA test. That’s not an exaggeration!

Short-weighting is another issue, and it doesn’t just happen with fish. Water and other additives are added to a lot of meats (like steak), so the weight on the package may not be the true weight of the meat. You’re paying more than you might in a butcher shop, for example, where you can also very easily ask questions about where the meat came from (always a good idea if you’re going to consume these products!) and avoid some of those additives. 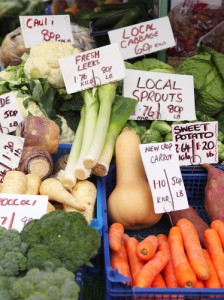 There’s a lot your supermarket (and the food industry in general) doesn’t want you to know about what goes on behind the scenes (or even in front of your eyes). Though I recommend buying produce from local farmers when possible, I know not everyone has that option. You can circumvent some of the issues that come along with shopping in the supermarket by staying out of the middle aisles where the processed foods are; scrubbing, soaking, and rinsing your produce before you eat it; and understanding what you’re getting in terms of additives and sell-by dates.

I also have a Shop Yourself Slim guide just for you, so you can navigate the grocery store the Beauty Detox way. It may not fix all the issues with shopping at the supermarket, but it can make the trip a little less daunting and keep you from other traps, like GMO-laden foods and other toxins that hide in seemingly innocuous choices!