Is a Vegetarian Diet the Future of Food?

Right now we all have a choice as to what we eat (at least for anyone reading this blog), and we pretty much take that for granted. But what if those choices became pretty limited in the future?

Recent research by the Stockholm Water Institute caused water scientists to project that, in order to avoid critical food and water shortages, the entire population may need to switch to an almost exclusively vegetarian diet by the year 2050. Isn’t it fascinating that what is good for us is naturally good for the planet? An all or high plant-based diet is the most healthful diet to maintain health and beauty, truly the foods for energy. And now, the fact that this type of diet is infinitely less taxing on Mother Earth is becoming more widespread.

Worldwide, people consume approximately 20 percent of their protein intake from animal sources, with this number being significantly higher in the United States. A nutrition examination survey conducted between 1988 and 1991 showed Americans consumed about 69 percent of their protein from animal sources. Further, the United Nations Food and Agricultural Organization estimates that global meat production will more than double between 2001 and 2050, as will milk production.

These are downright FRIGHTENING numbers that we all need to be aware of. Read on.

The Environmental Costs of Meat Consumption Animal protein requires significantly more water to produce than plant-based foods. In fact, the number is estimated to be as high as 5 to 10 times more water required for animal protein production than plant protein production. Raising massive amounts of livestock for feed also causes pollution of water resources, filling them with animal wastes, hormones, antibiotics, tannery chemicals, and feed crop fertilizers and pesticides. This pollution has wide-ranging effects on both fresh and saltwater sources, causing coral reef degeneration and dumping phosphorous and nitrogen into waterways that kills organisms, diminishing biodiversity.

Raising livestock for food has other impacts on the environment, as well. Raising livestock generates 18 percent more greenhouse admissions than transport and degrades both land and groundwater, according to the United Nations Food and Agriculture Organization.  The report also states that livestock currently uses 30 percent of the whole planet’s land surface for pasturing, and 33 percent of the earth’s arable land to grow livestock feed. In Latin America, a full 70 percent of former Amazon forests now serve the livestock industry.

I believe everything is connected. The microcosm gives a picture of the macrocosm. As people’s bodies become clogged and acidic with eating so many animal products on a micro level, the earth on a macro levels becomes toxic from having to provide such a high amount of such resources, which are completely out of balance. We all suffer. The growing demand for animal proteins has led to the rise of the factory farm. While most people picture bucolic pasturelands with a few grazing cattle here and there tended by friendly farmers, the reality of meat production is about as far from this image as you can get.  Instead, corporations have taken over the factory farming industry, creating Concentrated Animal Feeding Operations (CAFOs). These CAFOs house hundreds to hundreds of thousands of animals in very small, confined spaces where livestock and poultry can barely move. Instead, the animals remained penned up day after day, standing and resting in their own waste with little to no access to sunshine, pasturelands, or fresh air. Because of the close confinement, these CAFOs are breeding grounds for disease. To battle this, the animals are given drugs in order to prevent disease, and these drugs find their way into your food and water supply.

Since space is at a premium in CAFOs, it is an advantage for the animals to reach maturity for slaughter as quickly as possible. To accomplish this, CAFO operators use hormones to facilitate faster growth.

Another problem inherent with factor farming is waste disposal. With massive amounts of animal waste (which is contaminated with drugs and hormones) being generated in a very small space, CAFOs are faced with the dilemma of how to dispose of it. The solution to this problem is often animal waste lagoons holding millions of gallons of contaminated waste, which can leak into groundwater, further degrading and contaminating the water supply.

I don’t judge you if you want to keep some animal products in your diet. I believe everyone has to make changes when they are ready- it can’t be forced. Many of my clients eat some meat. But I do recommend that you eat far less than you may currently be eating- cutting down to 1-3 times a week maximum. But if you’re on the fence about whether to give up animal products completely or not, just watch some footage from a factor farm. You won’t want to eat it- at least for a long while- once you become conscious of what you are really eating. 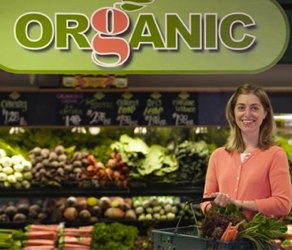 According to the Stockholm Water Institute Report, the solution to all of the problems caused by overconsumption of animal protein throughout the world is to reduce intake significantly throughout the world – dropping from 20 percent to just 5 percent of total calories consumed over the next few decades. With a looming food shortage due to this summer’s drought. These shortages promise to bring with them a sharp rise in the cost of animal protein over the next several months.

Fortunately, you can get all of the protein you need from plant sources. I promise. I’ve talked about this quite a lot in The Beauty Detox Solution, so please read or re-read the in-depth discussion there. Aside from the personal health benefits, however, switching to a plant based diet can also significantly impact the planet and future generations as you participate in a solution to reduce coming worldwide food and water shortages. Along with switching to a plant based diet, you can take the following steps:

We are all connected and we we can’t afford to just turn a blind eye to this serious issue. Please share this blog and spread this information. This is not just an ideological issue- it is a major health and environmental one as well.