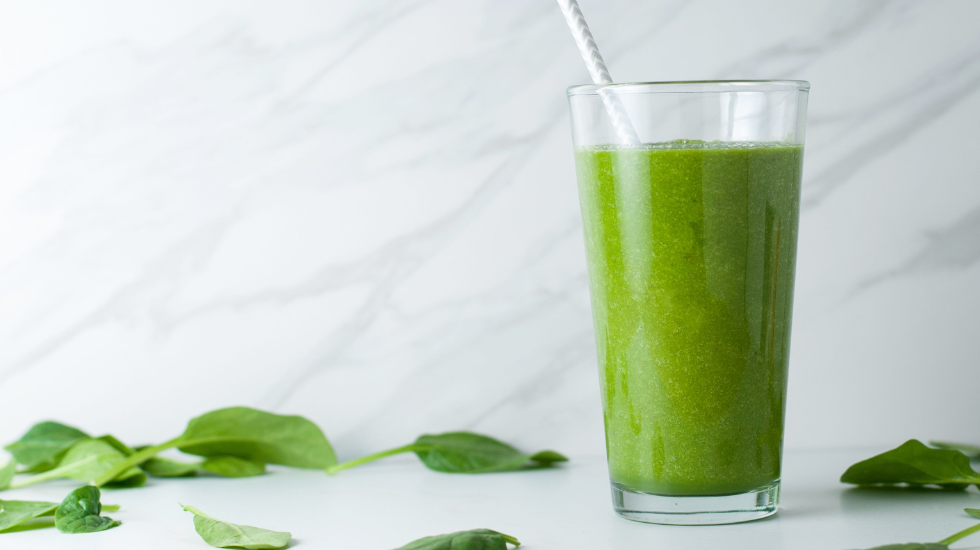 I want to tell you the tale of how the now famous Glowing Green Smoothie® (GGS), created by yours truly, came to be!

Since then it has made its way on to Good Morning America, The Today Show, the Dr. Oz Show, Ellen, as well as featured in the Wall Street Journal and the New York Times… you name it! It’s been drank by countless celebrities who swear by its unique power to help them glow and radiate in their highest beauty and energy.

The GGS’s origins were all the way back circa 2007, which was long before green drinks of any kind were a popular thing… And unlike other green smoothies or juices, which might have random combinations of ingredients or are designed to simply taste good, as you will see, the GGS has quite a lot of thought and philosophy behind its unique creation!

It was around then that I had returned from an epic 3-year backpacking journey. I had spent time largely across Africa and Asia, and this extended journal had a profound impact on my whole philosophy of health and life in general. Especially India, where I started learning about Ayurvedic medicine and yoga, and the importance of digestion.

I learned a lot on the road, studying formally and informally with different teachers, and continued my nutrition studies upon my return, including completing several programs at the Ann Wigmore Institute in Puerto Rico, which strongly promoted blending foods to support digestion (and specifically eating a kind of blended seaweed and sprout “energy soup”).

I was living in a 450 square foot one-bedroom apartment in NYC after the journey with a kitchenette— just a fridge and tiny stove/oven unit indented into the hallway. I was experimenting one day— I had a bunch of spinach and some ripe bananas, and while it seemed like a strange combination, in a flash of inspiration I decided to blend them together with water. I took a timid bite, and found that it was kind of delicious, and super filling!

“Try this!” I yelled to my boyfriend at the time, who was reading over on our blue velvet couch (I can picture the scene exactly to this day!). He took a spoonful and agreed it was delicious!

I worked with developing the recipe from there, keeping true to what I had learned in my years of travel and study around the world about optimizing digestion— keeping it simple but with complementary nutrients, and packed with fiber for sustained energy. The Power of the Glowing Green Smoothie®

The power of the GGS is in the combo of ingredients, and in its magical ratio: 70% greens, a mix of darker, less dark and herbs and 30% high fiber fruit, and always with a base of water.

The fruit component, like the greens, is encouraged to be mixed and matched, but always contains lemon, which is packed with vitamin C and enzymes to support detoxification and the rebuilding of your liver tissue.

Having a certain threshold of vitamin C is key for your body to absorb the non-heme iron from the greens. Iron strengthens us and your blood and helps you get that glow! The GGS is also packed with other minerals, fiber, and vitamins A, C, E and K, amongst countless other antioxidants and phytonutrients that science continues to discover in these powerful natural plant foods.

All of the ingredients in the GGS are considered Sattvic in the Ayurvedic system, meaning they promote harmony, centeredness and health in the body.

You’ll notice the GGS is quite thick. It is meant to be filling while giving you lots of energy and eliminating your need for denser foods in the morning (which you can eat later), to give your body time to adequately detoxify in the mornings and stay light. It does not contain heavy fat and protein (such as nut butters or milks, avocado, chia seeds and so on), which can be consumed later in the morning or day.

We provide a whole daily program and food recipes ideas, including the Power Protein Smoothie which can be drank later in the day. But the Glowing Green Smoothie® is and will always remain as our daily morning staple!